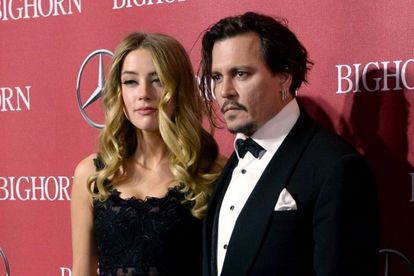 Johnny Depp and Amber Heard’s troubled marriage and divorce are set to become the subject of a new documentary series.

The Pirates of the Caribbean star and the 35-year-old actress tied the knot in 2015 before splitting a year later when Amber filed for a divorce which was eventually finalised in 2017 with a judge awarding Amber a $7 million (R109,9 million) settlement.

After their split, the Aquaman actress accused Depp, 58, of domestic abuse, and their legal dispute continued when Depp later sued his ex-wife for defamation over an op-ed Heard wrote about surviving domestic violence.

And now, the former couple’s marriage and divorce are set to be laid out on the small screen as part of a two-episode documentary series from Discovery+.

Discovery UK announced on Friday 19 November, that it had commissioned a series named Johnny vs Amber, which will tell the story of the breakdown of the former couple’s marriage, as well as their ensuing legal battle.

The documentary will show the different perspectives between Johnny and Amber, with one episode focusing on each of their sides of the story.

Johnny vs Amber will feature testimony from lawyers for both stars, as well as those close to the pair, as well as examining extensive footage and audio recordings filmed by the actors themselves.

The documentary series is executive produced by Nick Hornby and Fran Baker for Optomen.

In a statement, Nick Hornby said:

“Through the tapes, home videos and text messages shown in court, these films give viewers a rare and important insight into a marriage that went tragically wrong, and to better understand the hugely important issue of domestic violence.”

The series doesn’t have a release date as of the time of writing, but it has been reported it will be available to watch on Discovery+ before the end of the year.