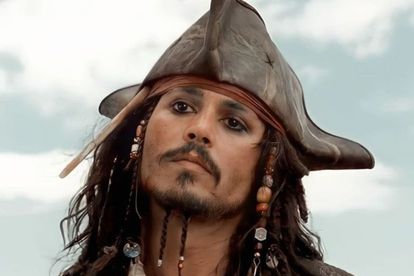 Johnny Depp’s representatives have shot down rumours that the actor will return to the ‘Pirates of the Caribbean’ franchise. Image via Twitter @ninasdepp

Johnny Depp’s representatives have shot down rumours that the actor will return to the ‘Pirates of the Caribbean’ franchise. Image via Twitter @ninasdepp

After winning his high-profile defamation trial against his ex-wife Amber Heard earlier this month, rumours circulated about whether Johnny Depp would return to the big screen.

IS DISNEY ‘DESPERATE’ FOR DEPP?

In a report, PopTopic claims that Disney was “very interested” in repairing their relationship with Johnny Depp and had reached out to him before his defamation trial against Amber Heard to ask if he would be interested in returning to the Pirates of the Caribbean franchise.

“I know corporate sent him a gift basket with a very heartfelt letter, but I’m unsure how it was received. But what I can tell you is that the studio has already penned up a draft for a film about Jack Sparrow – so they are very hopeful that Johnny will forgive them and return as his iconic character,” said the source.

The deal is reportedly worth R4.7 billion and will include a “sizable donation” to a charity of Johnny Depp’s choice.

Depp’s last Pirates of the Caribbean film as Jack Sparrow was released in 2017.

According to E! News, a representative for Johnny Depp shot down the PopTopic claim that the actor would be returning to Pirates of the Caribbean.

“This is made up,” said the source.

While on the stand during his defamation trial, Depp admitted that he was removed from the film franchise shortly before Amber Heard’s op-ed painting him as an abuser was published in The Washington Post in December 2018.

“I’m sure that Disney was trying to cut ties with me to be safe. The #MeToo movement was in full swing at that point,” said Depp according to Variety.

WHAT IS JOHNNY DEPP UP TO NOW?

The actor is gearing up for the release of his joint album with British guitarist Jeff Beck titled, 18. Depp and Beck have been working together on the album since 2019 and fans will be treated to covers from their favourite bands.

“When Johnny and I stared playing together, it really ignited our youthful spirit and creativity,” said Beck as per Billboard.

“We would joke about how we felt 18 again so that just became the album title too.”

WATCH THEIR COVER OF ‘CAROLINE, NO’