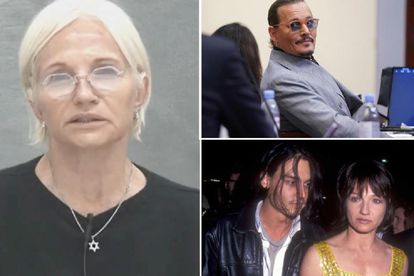 American actress and producer Ellen Barkin revealed some details about her romantic relationship with Johnny Depp while on the witness stand on Thursday 19 May.

The 68-year-old Switch actress, who dated Depp in the 1990s, revealed in a pre-taped deposition during the defamation trial between Depp and Heard that she was always aware that the actor drank too much.

According to Daily Mail, Barkin revealed that she and Depp developed a friendship that lasted 10 years. The actors starred together in the film Fear and Loathing in Las Vegas.

The Animal Kingdom actress also said that their “sexual” relationship started around 1994 and it lasted several months. Further explaining, she said she would go to Depp’s house or he would visit hers three or four times a week.

When probed about his drinking, she said he was drilunk “a lot of the time”

“He was drunk all the, most, a lot of the time… He was always drinking or smoking a joint,” she explained.

Daily Mail also reported that she revealed Depp was a red wine drinker. In addition, she said she saw him using cocaine, marijuana and hallucinogenic drugs.

A ‘JEALOUS’ AND ‘VIOLENT’ JOHNNY DEPP

Further testifying, Barkin described the 58-year-old actor as a jealous and violent partner.

“I had a scratch on my back once that got him very, very angry because he insisted it came from me having sex with a person who wasn’t him,” Fox News quoted her as saying.

When ask if there was ever a time when the Pirates of the Caribbean star acted in a controlling manner, she detailed an incident where the actor threw a bottle across the room.

“Mr Depp threw a wine bottle across the hotel room in Las Vegas when we were shooting. A fight was going on … between Johnny Depp and his friend in the room, the assistant. Honestly, I don’t remember,” she said.