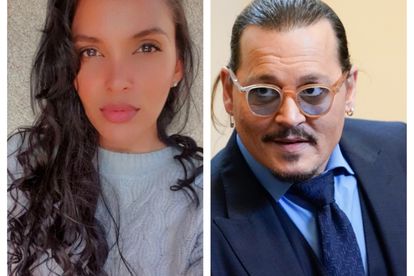 Monique Muller has clapped back at Johnny Depp supporters after she accused them of attacking her online.
Image via Instagram @moniquemuller684/Steven Helber, AFP

Monique Muller has clapped back at Johnny Depp supporters after she accused them of attacking her online.
Image via Instagram @moniquemuller684/Steven Helber, AFP

Monique Muller – the woman who accused Katlego Maboe of abuse – has clapped back at comments from Johnny Depp fans, after she was criticised for sharing her opinion on the actor’s defamation trial against ex-wife Amber Heard.

The gender-based violence (GBV) activist took to her Instagram Stories to tell trolls to “mind your business” after she revealed she had been bombarded with “hateful comments”.

MONIQUE MULLER ON JOHNNY DEPP TRIAL: ‘IT’S BEEN SO TRIGGERING’

On Sunday 5 June, Monique Muller shared an Instagram post from the account @BeBadass.in about the Johnny Depp vs Amber Heard trial. In it, the writers question the narrative being played out in the media concerning the actors.

The Women For Change SA volunteer revealed that whilst she had not followed the trial, she had been affected by it. “It has been so triggering for so many reasons,” she said in her IG Stories.

Without naming him, Amber Heard accused Johnny Depp of physically, emotionally, and sexually abusing her throughout their relationship in a Washington Post op-ed. The actor sued her for defamation and was last week awarded a total of $15 million in damages.

But Monique shared that the trial – and the lives of Johnny and Amber – were of no interest to her.

She continued: “I care very little about it. These things don’t keep me up at night. Johnny Depp and Amber Heard’s life does not bother me. I do not know these people personally. That’s what a lot of people need to understand that.

Monique added that she expressed her opinion as she was “skeptical” of the media’s reporting.  She also added that her opinion had been formed “from experience”.

She continued: “It’s actually pathetic how facts don’t matter. The whole media thing is BS. I have a right to my opinion. Don’t come at me for my opinion. You may not like that, and that’s ok. I’m not here to make friends”.

Of arguments involving domestic abuse between the celebrity couple, Monique added: “I do believe men can be abused as well”.

She continued: “I don’t believe this case means we should now no longer believe women when they speak up”.

In 2020, a video filmed by Monique Muller of ex-partner Katlego Maboe confessing to having an affair during their relationship went viral

The former Expresso Morning Show host admitted to cheating on Monique with another woman. Monique also accused Katlego of giving her an STI and abusing her physically – the latter of which resulted in a protection order against the star.

He shared in a statement at the time: “I was unfaithful to my partner during a very important time of our lives – an act I regret to this day”.

ALSO READ: Can Johnny Depp’s career bounce back after the defamation trial?

Katlego – who was pulled from his TV gigs and endorsements – however, denied physically assaulting Monique. He added: “I have never abused my partner. I have always and will always stand up against the abuse of women and children – in fact, the abuse of anyone for that matter.

In January this year, a Johannesburg court dismissed Monique’s request to grant a permanent protection order against Katlego.

Monique – who maintained her experience – said on social media at the time: “I feel saddened by the fact that during this whole process, I learned that the courts — especially the magistrate’s court — are not for victims. It is a stage for abusers and that’s where they thrive.

“There are so many loopholes in the system that allow abusers to do what Katlego and his team have done to me, like, for example, to have this case dragged for two years. To the point where my bills were more than R1m. They exhausted me financially and emotionally,” she said.