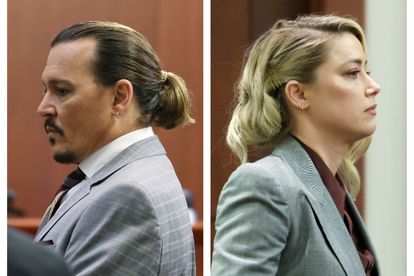 The jury are still deliberating the final verdict of the Johnny Depp vs Amber Heard defamation trial.
Image by Michael Reynolds/AFP

The jury are still deliberating the final verdict of the Johnny Depp vs Amber Heard defamation trial.
Image by Michael Reynolds/AFP

It’s another day of waiting on jurors to come to a consensus on the Johnny Depp vs Amber Heard defamation trial verdict.

Seven jurors – five men and two women – are tasked with deliberating over the findings of a six-week trial that has gripped the entertainment industry.

Johnny Depp is suing his ex-wife for $50 million for defamation over claims she made in a Washington Post op-ed, describing herself as a “public figure representing domestic abuse.” In return, the actress is counter-suing for $100 million after her ex’s legal team branded her accounts an “elaborate hoax to generate positive publicity”.

But when can we expect the final verdict?

NO VERDICT YET, SAY OFFICIALS

According to The Washington Post, the jury panel met for seven hours on Tuesday 31 May to deliberate. They also spent two hours in discussion following closing statements last Friday. A consensus was not reached and the panel will return to the Fairfax, Virginia court on Wednesday to continue their discussions.

If the jury finds Amber Heard guilty of defamation, she could be ordered to pay the full $50 million – or less – to her ex-husband. Likewise, if Johnny Depp is found guilty, the jury could order him to pay $100 million or less in damages.

Unlike criminal cases, a defamation lawsuit forms part of a civil case. This means that instead of having to “prove beyond reasonable doubt”, the jury deliberates on who is more likely to be correct.

According to US law, there is no time limit on jurors deliberating over a verdict. The courts also encourage jurors to continue to the process indefinitely, until they reach a consensus.

On the rare occasion of jurors not reaching a unanimous decision – or “hung jury” – the judge can declare a mistrial . This means that both parties could be retried again.

JOHNNY DEPP VS AMBER HEARD – WHO WILL EMERGE VICTORIUS?

Whilst the jury is still out on who will be ruled in favour, both Johnny Depp and Amber Heard revealed during the trial that they have both suffered irreparable damages to their careers.

When questioned over what he had lost as a result of being branded a “wife-beater”, Johnny Depp answered in court: “Nothing less than everything.” The actor – once the highest paid in Hollywood – claims he went from “Cinderella to Quasimodo”.

Johnny Depp claims domestic abuse allegations leveled against him cost him many roles, including his famous character of Captain Jack Sparrow in the Pirates of the Caribbean franchise.

Likewise, Amber Heard also revealed that the lawsuit had cost her her Aquaman sequel appearance. But moreover, the mom-of-one revealed that she was now considered “public enemy number one” by Johnny Depp fans.