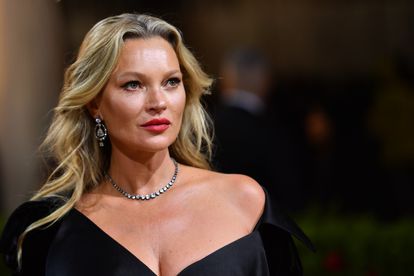 The friendship between model Kate and German-born artist Lucian Freud will be explored in an upcoming film.
Image by ANGELA WEISS / AFP

The friendship between model Kate and German-born artist Lucian Freud will be explored in an upcoming film.
Image by ANGELA WEISS / AFP

Whilst Kate Moss and Johnny Depp’s romance has been revisited thanks to his defamation trial against ex-wife Amber Heard, the supermodel’s relationship with another celebrity “Casanova”- Lucian Freud – is being explored on film

Kate and the late famous artist – who is believed to have fathered 40 children and had over 500 lovers – developed a firm friendship in the early 2000s after he agreed to paint a portrait of her.

Now their “love story” is being turned into a film called Moss & Freud. Kate Moss is tipped to be the executive producer.

LUCIAN FREUD AND HIS PROMISCUOUS PAST

The German-born painter – the grandson of psychoanalyst Sigmund Freud – is widely heralded for his nude portraits of women, which have been exhibited all around the world.

But just as his work is recognised, so have his colourful relationships with many beautiful women, who were often his muses.

According to The Guardian, as a young man, Freud was in a “homosexual love triangle” with two other artists: Adrian Ryan and John Minton. A few years later, the artist would go on to wed Kitty Garman, after having an illustrious affair with her aunt Lorna. After the couple divorced in 1952, he would elope with another lover Caroline Blackwood in Paris.

Freud had dozens of lovers during his lifetime and fathered more children than he could keep track of. According to unconfirmed reports, the number is close to 40!

According to artist friend Vassilakis Takis, Freud had at least 500 lovers – including actress Greta Garbo.

Whilst Lucian Freud painted portraits of hundreds of women, he steered clear of anyone famous. When asked to paint a portrait of Princess Diana in the 90s, he infamously declined.

However, supermodel Kate Moss convinced him to paint her naked – and eight months pregnant in 2003. At the time, Kate Moss was 29 years old and Freud was 80.

Pregnant with daughter Lila-Grace, Kate Moss would sit naked, seven days a week for several hours, whilst Freud painted her. The process would take nine months to complete.

“Sitting for Lucian was an honour and incredible experience,” she said of the experience to Variety. Titled Naked Portrait 2002, the painting would sell for $5 million at auction house Christie’s in London in 2005 to an anonymous bidder.

Kate Moss is excited to see her “unconventional love story” with the artist come to life through film. The feature film which will also be produced by British filmmaker James Lucas.

He told Variety: “In many ways, I believe all paths led me to make this film. Its topography, emotional and psychological drama, bohemianism, beauty, characters, and artistic process all align with my life and the way I have lived it.”