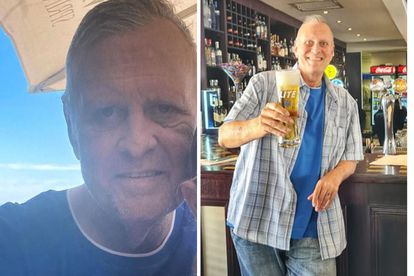 Jeremy Mansfield – the beloved south African TV and radio personality – continues his silent battle with stage four liver cancer, out of the spotlight.

The media mogul – known for his radio stints on 702 and 94.7 Highveld Stereo – is currently in hospice under 24-hour palliative care.

The radio veteran announced his terminal diagnosis in August.

Jeremy Mansfield has been keeping a low profile on social media since his diagnosis. His last post was a bittersweet one on 15 August – sharing news of the death of his mother on his birthday.

However, Jeremy’s close friend and former Highveld Stereo co-host Sam Cowen, has been keeping fans updated on his health status.

She shared a few short weeks ago: “Jeremy is comfortable and peaceful with his family around him and he’s under 24-hour care so he is in no pain at all. He has heard all your messages and he knows he is loved”.

Not long thereafter, Sam shared another post about Jeremy Mansfield.

It read: “I’ve been spending time with Jeremy, who seems determined to be here for a while longer and make the most of it!”.

The South African reached out to Sam Cowen for comment but did not hear back at the time of publishing.

HEALTH WOES OVER THE YEARS

In 2009, been diagnosed with chronic lymphocytic leukemia, which he beat. In 2017, he was hospitalised for two months after becoming infected with a viral superbug.

A year later, he discovered a tumour on his spine, which required two painful surgeries to remove.