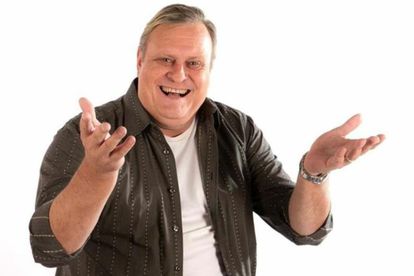 In January this year, radio personality Jeremy Mansfield made the announcement that he had been diagnosed with liver cancer. On Saturday 6 August, Mansfield shocked South Africa when he announced that his cancer had advanced to stage 4 and is now terminal. This comes after the former Talk 702 presenter beat leukemia 13 years ago.

Kind words and heartwarming messages for Jeremy Mansfield have since flooded social media with many South Africans wishing him well.

Taking to Facebook on 6 August, Jeremy Mansfield made the shock announcement that his liver cancer had advanced to stage 4 adding that he will be undergoing palliative care.

“This dream team (as I now refer to them) will not guide me through how to have as much fun in the time I have left and fulfill as many dreams, big and small, I have on my bucket list,” wrote the 58-year-old.

“A new journey for Kari and the rest of our families starts today.”

“Such sad news about Jeremy Mansfield. He’s not everyone’s cup of tea but he’s larger than life and has done so much good for so many people, including our late daughter. Enjoy the time you have left boet and love and strength to your family,” wrote one tweep.

“The Jeremy Mansfield news really bums me out. I know he survived cancer before, but the news and certainly that it’s back and terminal is just horrible,” wrote another tweep.

“May he laugh and have the most fun every single day during this time.”

HOW IS STAGE 4 CANCER DETERMINED?

According to the American Cancer Society, when someone is diagnosed with cancer, doctors try to figure out if cancer has spread and how much cancer is in the body. The liver cancer stages range from stage 1 to stage 4, meaning the higher the number, the more cancer has spread.

There are two types of stage 4 cancer. Stage 4A means a single tumour or multiple tumours have spread to nearby lymph nodes but have not travelled beyond that.

Stage 4B means a single tumour or multiple tumours may or may not have spread to the nearby lymph nodes. This stage also means that cancer has spread to the organs.