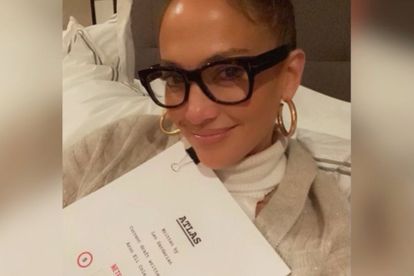 ‘ATLAS’ IS ABOUT A WOMAN FIGHTING FOR HUMANITY

J.Lo will play Atlas, a woman fighting for humanity in a future where an Artificial Intelligence (AI) soldier believes the only way to end war is to end humanity.

In order to out-think the AI soldier, Atlas needs to work with the one thing she fears the most and that’s another AI.

“Can’t wait for this! ❤️ #Atlas movie is coming to @Netflix!!!,” wrote Lopez on Instagram.

The film falls under the new creative partnership between Netflix and Lopez’s Nuyorican Productions where the Maid In Manhattan star along with producing partner Goldsmith- Thomas and longtime manager Benny Medina will produce a slate of films, television series and scripted and unscripted content emphasising female actors, writers and filmmakers.

‘ATLAS’ TO BE DIRECTED BY BRAD PEYTON

The film will be directed by Rampage’s Brad Peyton with Aron Eli Coleite writing the most recent draft of Leo Sardarian’s original script.

“Having the chance to direct Jennifer in the title role of this movie is a dream come true, as I know she’ll bring the incredible strength, depth and authenticity we’ve all come to admire from her work. Furthermore, Jeff and I are so excited to be back working with Scott, Ori and the entire team at Netflix. They have been nothing short of amazing to work with and we are blessed to have the opportunity to make another movie on the service,” said Peyton according to Deadline.

Although no shoot dates or other information is available yet, Jennifer Lopez can be seen in the upcoming romantic comedy Marry Me alongside Owen Wilson and in the action comedy Shotgun Wedding next year.

J.Lo Lopez and Ben Affleck have all but confirmed their romance is officially back on after locking lips at a family dinner in Los Angeles. Pictures obtained by the New York Post’s Page Six show Ben and Jen smiling and gazing into one another’s eyes as they lean in for the passionate smooch at Nobu in Malibu, California on Sunday, while attending a 50th birthday dinner for the singer/actress’s sister, Lynda Lopez.

According to People.com, J.Lo’s kids, 13-year-old twins Max and Emme, were also present for the meal.

The images mark the first time the stars have shared a kiss in public following weeks of speculation surrounding the status of their rekindled relationship, which emerged shortly after Jennifer called it quits with her fiancé, former baseball ace Alex Rodriguez, in April. Representatives for the new couple have yet to comment on the romance news.

The Gigli co-stars, who were engaged in the early 2000s, last hinted they were back together in late May as they stepped out for a cosy dinner date in West Hollywood with their arms wrapped around each other, and holding hands as they entered Wolfgang Puck’s new restaurant at the Pendry hotel.

Jennifer, 51, had previously also joined 48-year-old Ben, who shares three children with ex-wife Jennifer Garner, on a getaway to Montana.

WATCH: J.LO AND BEN AFFLECK SEALS IT WITH A KISS