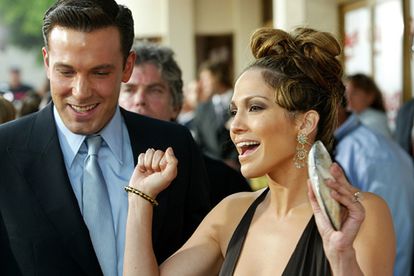 Hollywood A-listers, Jennifer Lopez and Ben Affleck recently hit the gym together in Miami as fans continue to wonder about their relationship status amid their recent reunions.

According to US Magazine, J.Lo, 51, walked into the gym in a white cropped T-shirt and purple leggings, which she paired with sensible sneakers, while Ben, 48, wore a grey shirt and his face covered amid the coronavirus pandemic.

What’s more, eagle-eyed fans spotted Ben seemingly wearing the same watch J.Lo gifted him back in 2002. It was actually given to Ben during the Jenny From The Block music video, which he famously starred in.

The news comes after J.Lo and her ex-fiancé Alex Rodriguez announced their separation in April 2021 following rumours that they’d already broken up.

According to a source, J.Lo and Ben exchanged “flirty phone calls and texts” ahead of their initial reunion – but “there wasn’t any overlap” with her and Rodriguez’s relationship.

Even before their reunion, Ben Affleck spoke about his former flame during an interview, saying that she should have been nominated for her role in Hustlers: “She should have been nominated. She’s the real thing. I keep in touch periodically with her and have a lot of respect for her. How awesome is it that she had her biggest hit movie at 50? That’s f**king baller.”

Ben also complimented J.Lo for her May 2021 InStyle cover story, saying “She remains, to this day, the hardest working person I’ve come across in this business. She has great talent, but she has also worked very hard for her success, and I’m so happy for her that she seems, at long last, to be getting the credit she deserves.”

The story of Bennifer

The couple called off their whirlwind engagement in 2004 after meeting on the set of 2003’s Gigli. Their gym dates are also the first of many. In April 2021, the couple formerly known as Bennifer reconnected in Los Angeles, while various US reports confirmed they “spent several days together” in Big Sky, Montana.

“It was just the two of them on vacation together. Big Sky is a special place to Ben,” a source noted at the time.

More recently, J.Lo was spotted relaxing on the balcony of her rental property in Miami with Ben – who got divorced from Jennifer Garner in 2018 – making his way down the stairs behind her on Sunday 23 May. And so, while fans are searching for answers about where their relationship stands, the pair are hoping to keep it low-key for the time being…