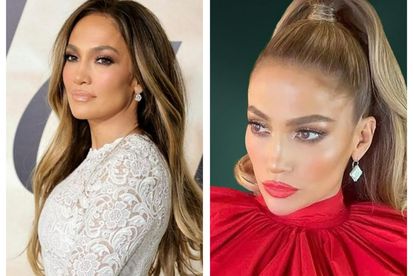 Jennifer Lopez says living out loud back then came back to bite her and Ben. Images via Instagram: @jenniferlopez

Jennifer Lopez says living out loud back then came back to bite her and Ben. Images via Instagram: @jenniferlopez

Jennifer Lopez has opened up to Vogue’s December issue about her relationship with her now husband Ben Affleck. She also revealed the reason why her previous relationships never worked.

The mother of two, who married Ben back in July, admits to the magazine that she felt as if she was persistently putting other people’s needs before her own, subsequently leading to an unhealthy love life – reports Hollywood Unlocked.

THE PATTERN IN JLO’S RELATIONSHIPS

JLo as she is affectionately known tells Vogue that back then, she did not understand what it was to care for herself, to not put somebody else’s feelings and needs.

Jennifer proceeded by adding that it became a constant pattern in her relationships, which she described as a pretzel, that never ended until she began to ask herself why she never felt fulfilled with the person she was with.

“At a certain point you go, ‘Wait, this doesn’t feel good. Why am I never happy? Finally I was just like, It’s time to figure me out,’ ” – as per Hollywood Unlocked.

According to People, the Marry Me actress also opened up about reconnecting with Ben, whom she was first engaged to in the early 2000s before they split. They eventually got back together almost two decades later.

The mother of two says she always felt like there was a real love with Ben, a true love.

“People in my life know that he was a very, very special person in my life. When we reconnected, those feelings for me were still very real.”

And while she isn’t sure she’d “recommend” the way their relationship has played out “for everybody,” as “sometimes you outgrow each other, or you just grow differently,” Lopez told Vogue that she and Affleck “lost each other and found each other.” – as per People.