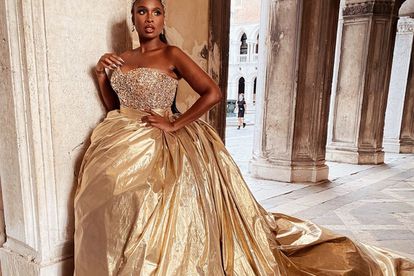 Jennifer Hudson is one award away from achieving EGOT status after winning her first Emmy.

The 39-year-old singer and actress has been honoured with the Outstanding Interactive Media for a Daytime Program accolade for her role as an executive producer on Baba Yaga – which means she just needs a Tony Award to join the select few who have won an Emmy, Grammy, Oscar and Tony.

The Cats star won an Oscar for Dreamgirls in 2007, while she has two Grammys to her name. Hudson took to Instagram to share a golden ring-shaped in the word ‘EGO’ as she admitted she’d been waiting for this day to come.

She captioned the post: “Wow God wow !!!!!!! I’ve had this ring for quite some time! For me it always represented this day, the day I would say I have an EGO! Emmy, Grammy and Oscar ! What a early bday gift ! U can’t limit God !!!! It’s only a story God could write and heights only God can top ! U will always see me try ! And I hope u will too!”

Hudson would join the likes of Andrew Lloyd Webber, John Legend and Whoopi Goldberg in the EGOT club if she does go on to win a Tony.

Meanwhile, the American Idol alumni is eyeing up a role in Disney’s live-action Hercules remake. Hudson is keen to follow in the footsteps of her fellow Dreamgirls cast members Beyonce, Jamie Foxx, Eddie Murphy, and Anika Noni Rose by appearing in one of the studio’s motion pictures.

“Y’all listen close. All my ‘Dreamgirls’ cast members, this is a fun fact, have been in Disney films. Anika [Noni Rose], Beyonce, Jamie [Foxx], Eddie [Murphy] has done everything. Where’s my Disney role?” she said.

And Hudson knows just the part she would be perfect for: Calliope in Hercules.

“I was Calliope, the head muse, on a Disney cruise ship, so that means I’m ready for my part. We are the muses, goddesses of the arts and proclaimers of heroes. That was me, Calliope,” she said.

The Sing actress is “ready to shoot” the movie. She added:

“So I’m ready, just roll the camera. You ain’t even got to send a script, I don’t need the music. I’m ready to shoot. So I’ll just wait for your call, thank you.”

And she recently admitted she feels “a lot of pressure” about playing the A Natural Woman singer on screen. She said:

“That’s a lot, a lot, a lot of pressure! Everyone is counting down and I’m like, ‘Please don’t tell me! I don’t want to know, that’s enough pressure.’ Enough with her being like, ‘Jennifer do this.’ But that’s that women power, that’s that empowerment, like if she passed the torch and she said, ‘Jennifer you can do it,’ that gives me the strength and the encouragement to try.”

ALSO READ: DiCaprio, JLaw and Meryl Streep try to save Earth in ‘Don’t look Up’ [watch]