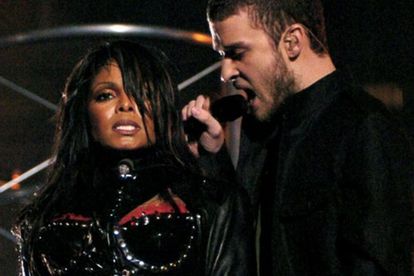 The Cry Me A River hitmaker accidentally exposed the pop star’s breast during the Super Bowl halftime show in 2004 and the 55-year-old star insisted people need to “move on” from the controversial incident, which she feels was “blown way out of proportion”.

In a message to fans recorded for her Lifetime and A&E documentary Janet, she said:

“Honestly, this whole thing was blown way out of proportion. And, of course, it was an accident that should not have happened, but everyone is looking for someone to blame and that’s got to stop.”

JANET JACKSON EXPLAINS HOW JUSTIN TIMBERLAKE REACTED AT THE TIME

The scandal led to a backlash against Janet Jackson while the SexyBack hitmaker’s career continued to skyrocket, and the Together Again singer recalled how Timberlake asked her at the time if he should make a public statement but she advised him to stay out of the “drama”.

She told her brother Randy Jackson in the documentary:

“We talked once and [Justin] said, ‘I don’t know if I should come out and make a statement.’ And I said, ‘Listen, I don’t want any drama for you. They’re aiming all of this at me.’ So I said, ‘If I were you, I wouldn’t say anything.'”

JUSTIN TIMBERLAKE’S APOLOGY FOR HIS INCIDENT WITH JANET JACKSON

Last year, Justin Timberlake issued a public apology for the incident, and in 2018 he confirmed he “absolutely” took time to make amends with Janey.

“I don’t know that a lot of people know that. I don’t think it’s my job to do that because you value the relationships that you do have with people. II stumbled through it, to be quite honest.”

“I had my wires crossed and it’s just something that you have to look back on and go like, ‘Okay, well you know, you can’t change what’s happened but you can move forward and learn from it,'” he said.

Despite her comments now, in 2006, Janet Jackson said she felt “all the emphasis was put on me” following the incident, “as opposed to us.”

And asked if she felt Justin had “left her hanging”, she replied: “To a certain degree, yeah.”