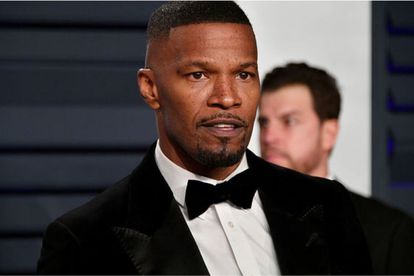 The 53-year-old actor has admitted that the “cookie cutter” lifestyle has never appealed to him, and he doesn’t plan on ever tying the knot.

ALSO READ: ‘Scott must be dying’: Mzansi reacts to Kourtney and Travis engagement

JAMIE FOXX ISN’T KEEN ON THE ‘PRESSURE’ OF MARRIAGE

“The 2.5 children, the wood panelling on the station wagon and the cottage, I didn’t think that was for me,” he explained.

The Hollywood star has daughters Corinne, 27, and Annalise, 12, from previous relationships.

And he actually thinks that his kids have benefited from his approach to life.

Speaking to Daily Pop, he shared:

“A lot of those marriages ended up not doing well as the kids got older. Unfortunately, we saw the kids get fractured from their families. Us, we actually came together more. So I don’t know what that is, I just know that it is different but it’s a whole lot of love.”

Foxx also admitted he isn’t keen on the “pressure” to get married.

“The pressure of being married, I don’t think we can have a conversation about it. I just keep moving,” he said.

The Soul actor’s faith has always been an important part of his life and he’s confident that the choices he’s made will lead him to Heaven.

“A lot of people talk about being religious and going to church when they were younger or not famous or whatever – but I really am religious and I really did go to church all of the time growing up,” he explained.

“That’s not to cause offence to anyone else who doesn’t, I just feel confident and happy with the way I have led my life up to this point, the faith that I have and my practising of that faith.”