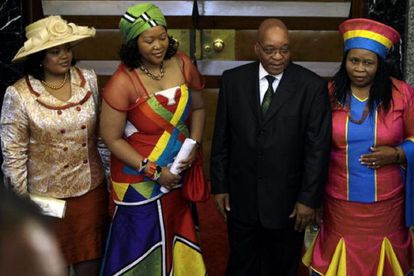 While former president Jacob Zuma is expected to serve 15 months in prison, he will be eligible for parole after only serving a quarter of his sentence. But what about Zuma’s wives? Are they currently spending their time in Nkandla or have they since moved out?

What are they up to? The Real Housewives of Nkandla

Zuma’s former flame and baby mama, Nonkanyiso ‘LaConco’ Conco has proven to be a fan-favourite on Showmax and Mzansi Magic’s reality TV show Real Housewives of Durban (RHOD). After LaConco was first introduced to the spotlight in 2018 as Zuma’s young fiancée, she gave birth to their son. It was said Zuma had paid lobola for LaConco in preparation for their polygamous marriage, making her his seventh wife. However, in June 2020 the couple reportedly split and in 2021, LaConco confirmed that she is in fact single.

Ngema married Zuma in 2012. According to The Citizen, she is his fourth wife and a very active figure in promoting her foundation that fights diabetes called Bongi-Ngema-Zuma Foundation. She has a Diploma in Marketing and a Business Administration Bachelor’s degree.

Last year, Mabhija took Zuma to court for maintenance money for her and her schoolgoing daughter. It seems there was trouble with his third wife when Zuma reportedly banned her from his Nkandla compound in 2020 after accusing her of taking his sim cards without his permission.

Ntuli made headlines after it was alleged that she was involved in a plot to poison her husband in 2014. In 2019, it was reported that the National Prosecuting Authority (NPA) decided not to prosecute anyone for the alleged poisoning of Zuma as there was no evidence to pursue the case. According to News24, in January 2021, it was alleged that she was actually unlawfully detained by the State Security Agency (SSA) after she was accused of poisoning Zuma.

In 2017, she also stated that she is no longer allowed in Nkandla and the former president no longer supports her financially.

Khumalo has been with Zuma since 1973. In 2013, she opened up about her love life saying that “I loved him and will always love him,” according to Sowetan Live.

“I did not listen to all the gossip about him; that’s what true love does to you. Today, I have no regret.”

The Citizen further reports that Zuma divorced his second wife Nkosazana Dlamini-Zuma in 1998 after 16 years and lost his third wife, Kate Mansho, to suicide in 2000.