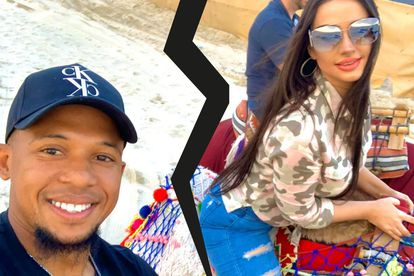 After a week of seemingly playing happy family following a reunion abroad, Iva Ristic has shared her plans to divorce her Springbok player husband Elton Jantjies following his affair with dietician Zeenat Simjee.

The rugby WAG confirmed the news in an interview with Netwerk24.

Speaking to the publication, Iva Ristic claimed that Elton Jantjies had joined her and their three sons at their home in Turkey, and not Cyprus as previously reported.

The married couple have been posting pictures and clips of each other on their Instagram feed and Stories.

But don’t be fooled by their smiling faces – Iva shared that she is going ahead with divorce plans. This, after allegations of an affair between Elton and Zeenat Simjee first surfaced in September.

In an interview with News24, last week Elton claimed he had come clean to his wife about the alleged affair – which Zeenat has repeatedly denied.

In fact, Zeenat’s lawyer Frikkie Erasmus told Netwerk24 that the whole saga was “a case of mistaken identity” and that the woman pictured with Elton at a Mbombela guesthouse was not her.

Sharing her plans to separate from Elton, Iva claimed that they were no longer working on their marriage.

She added:  “Unfortunately I can’t offer Elton anything more than friendship”.

Iva also claimed that she had sent “proof” of the alleged affair to Springboks management two weeks ago – but “no action” had been taken against Zeenat Simjee.

She added: “I don’t know why I still have to fight over this. It’s so cruel and inconsiderate to any Springboks wife. It must not even be a consideration….she must go! It’s not as if there aren’t any other dieticians in South Africa”.

Iva also claimed that Zeenat continued to send Elton messages, following the allegations. Elton has yet to comment on the latest developments.

Although a divorce is imminent, Elton Jantjies and Iva Ristic have been romantically involved for over a decade.

The couple met in 2011 online but met in person three years later. During their relationship, they welcomed three sons together: Elton Junior, Noah, and Leandro Lee.

In 2019, Elton popped the question to Iva over a romantic dinner. Later that year, they tied the knot in a low-key and intimate wedding ceremony.