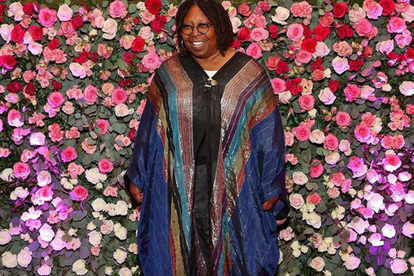 American actress and comedian Whoopi Goldberg recently opened up about her love life and whether or not she prefers dating older or younger guys. She revealed that she had a thing for younger men but stopped going out with them for a number of interesting reasons.

Whoopi Goldberg’s love life has always been somewhat of a mystery up until recently when she and her co-host on The View, Sara Haines spoke about her previous relationships.

Responding to a question asked by Sara about what her preference is between younger and older men, Whoopi revealed that she used to date younger men but it was a ton of work for her.

One of the guy’s she recalls, knew very little about the Beatles – which just goes to show how younger men are often not clued up.

She then goes on to say that dating younger men requires women who are ready to impart a lot of knowledge something that became very tiring for her. One thing that was fun about dating younger guys was that they “looked good,” she said.

“And sometimes it’s tiring. But then there’s the other way where you’re like, ‘Yeah, you’re younger, but you look good! Yeah, you’re alright.’ So you never know,” the actor says.

A history of romance

Whoopi was married three times and divorced just as many times but in 2016 said that she was better by herself.

“I am much happier on my own. I can spend as much time with somebody as I want to spend, but I am not looking to live with someone or be with someone forever. I don’t want somebody in my house,” she said in a New York Times article.

ALSO READ: Whoopi Goldberg is ready to make a long-awaited return to acting