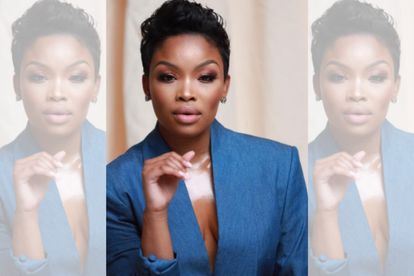 This comes after the businessman filed three charges against Mabena to whom he was married to for five years. According to ZAlebs, these charges include theft and malicious damage to property, and the other two are for assault. Two of the three charges have been dropped against Mabena, but the assault charges are still pending.

After she appeared in the Pretoria Magistrate’s Court on Tuesday 16 March, her lawyers told City Press that the charges of theft and damage to property were thrown out because her ex-husband allegedly slashed his own car tyres. He was caught on tape, hence the state refused to prosecute her for those charges.

“It has been postponed in order for the state to provide me with full disclosure and once disclosure has taken place, we will then make representation to have the matter withdrawn once we have seen the evidence,” Mabena’s lawyer Joshua Shapiro, told City Press.

Ngwenya claims that he is a victim of domestic violence and that Mabena pushed him down the stairs. He had visible scars which he got from the fall, which was a result of an argument between the two in June 2020. Ngwenaya apparently got injured on his cheek, shoulder and back and the publication claims to have seen a report filed that can justify this by his medical team.

Mabena also obtained a protection order against the father of her two children in 2020 which he subsequently violated, hence a warrant of his arrest was issued.

NGWENYA SHINES SPOTLIGHT ON MARRIAGE TO MABENA AND PHYSICAL ABUSE

In the midst of the drama, the businessman decided to not directly address the arrest or that of his ex-wife, but rather put the focus on his marriage. His publicist released a statement on his behalf which reveals some intricate details about their five-year marriage.

According to ZAlebs, the statement sees Ngwenya talk about abuse at the hands of his ex-wife. At the time, he said that he has a restraining order against her and has reported her to the police as he could not stand being physically hurt by her.

Read the full statement below as quoted by Daily Sun:

“Consciously, I have taught my children, my family and even my wife that abuse in any form is wrong and it must never be tolerated irrespective of who dishes it. That behaviour must be confronted immediately and everyone in the house must never be stopped from reporting such to authorities and law enforcement agencies.

It is a principle I teach and live by. To lead by this example, when I, at some point in my own marriage felt abused by my own wife, not only did I seek a restraining order, but I even laid a complaint with the police because I couldn’t stand physical abuse.

“It, therefore, cannot come as a shock or something out of the ordinary if my child or my own wife lay such a complaint against me or any other member of the family. These are the teachings of my family. Let it be noted that divorce is a very draining and emotionally exhausting process for anyone to go through.“