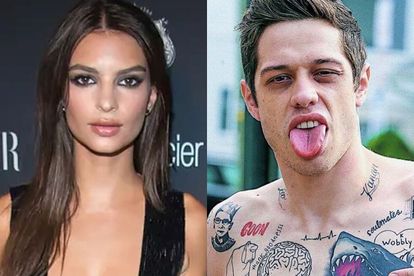 Pete Davidson and Emily Ratajkowski have been spotted together on a date in Brooklyn. Image: Marca

Pete Davidson and Emily Ratajkowski have been spotted together on a date in Brooklyn. Image: Marca

Pete Davidson has repertedly been spotted on a date in Brooklyn with Emily Ratajkowski which has caused quite a frenzy.

The information is still only a rumour after being initially reported on Sunday by Instagram’s favorite Hollywood spy, DeuxMoi.

WOW: Hasbulla has made his choice in the Messi vs Ronaldo debate

“EMRATA AND PETE DAVIDSON ON A DATE TOGETHER HOLDING HANDS AND ALLLL,” according to the all-caps DeuxMoi post, and asserted that “his hands were alllll over her and they’re plainly hooking up.”

Davidson and Kim Kardashian went their separate ways back ways in August, around about the same time that Ratajkowski ended her four-year marriage to Sebastian Bear-McClard.

You know what they say, there’s no smoke without fire. We’ll let you guys do more investigative work on Twitter, but consider the seed well and truly planted. Pete Davidson really living up to that BDE reputation regardless.