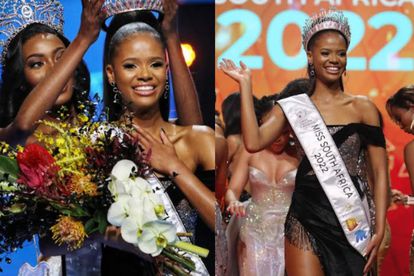 A frequently asked question regarding the Miss SA pageant is whether or not entrants are allowed to have boyfriends or partners.

As of 2022, while it is accepted that an applicant may be in a committed relationship or even engaged, entrants must adhere to the rule of not getting married during the Miss SA pre-competition process nor prior to competing internationally should they be crowned the winner.

However, that rule has been changed and from the 2023 Miss SA pageant and going forward, mothers and married women will be allowed to compete.

Established in 1956, the first official Miss South Africa pageant was only open to white females and was organised to send a representative to London for the Miss World pageant.

It was not until 1977 that all persons of all races were allowed to compete in the Miss SA competition.

Prior to 1998, South Africa’s representatives at Miss Universe qualified via other national pageants.

Three women from South Africa have won the title of Miss Universe – Margaret Gardiner in 1978, Demi-Leigh Nel-Peters in 2017 and Zozibini Tunzi in 2019.

EVERY MISS SA WINNER TO DATE