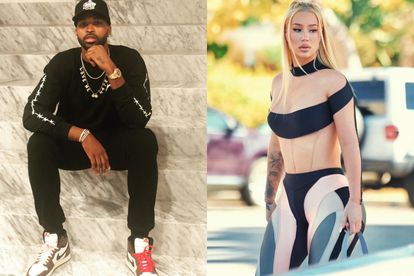 YouTuber Tasha K made a bold claim that Iggy Azalea and Tristan Thompson were sleeping together via a vlog she posted this past week.

“Does (Khloe) know that Tristan and Miss Iggy are f******?” said Tasha K in her YouTube video.

However, Iggy Azalea was “annoyed” by these “baseless” claims by the YouTuber and denied the rumours via a thread of tweets.

“Very weird fake news making the rounds about me dating a man I’ve literally never met a DAY in my life…. Like….Y’all are really that bored?!?!,” wrote Azalea on Twitter.

The Fancy hitmaker went on to say that these baseless rumours about a man she’s never met affects her private life.

Iggy Azalea is is a mom to 15-month-old Onyx Kelly, whom she shares with ex Playboi Carti, while Tristan is a dad to four-year-old Prince with his ex-girlfriend Jordan Craig and three-year-old True with ex-girlfriend Khloe Kardashian.

Tristan Thompson also had enough of the gossip. He recently posted a cryptic tweet about gossipers.

“Gossipers are worse than thieves because they attempt to steal another person’s dignity, honor, credibility, and reputation which are difficult to restore,” wrote Thompson on Twitter.

“So remember this: when your feet slip, you can restore your balance. When your tongue slips, you cannot recover your words. Act accordingly,” he added.

In June, Tristan Thompson attended the birthday party of security guard Nessel Beezer and was reportedly seen heading into a bedroom with three women and exited the room 30 minutes later looking “disheveled”.

This was just one of the basketball player’s many cheating scandals that he was involved in while in an on-again off-again relationship with Keeping Up With The Kardashian’s star, Khloe Kardashian.

Khloe Kardashian confirmed that the couple are no longer together but have a healthy relationship co-parenting their daughter, after the reality star was trolled for taking Thompson back after the recent cheating scandal. Khloe clapped back at the troll who questioned her self worth.

ALSO READ: ‘The only person who can cancel you is God’: Jordyn Woods shades Khloe K