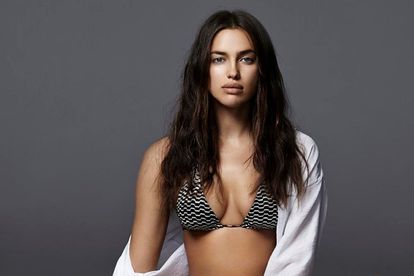 Irina Shayk has been keeping her pretty pout sealed on rumours she dated rapper Kanye West. Until now, that is…

And she didn’t confirm or deny it either.

Without going into much detail Irina Shayk – who shares 4-year-old daughter Lea with ex Bradley Cooper – revealed that she would not be spilling the tea on their secret rendezvous.

She told Hugh Snobiety of their alleged relationship: “Tomorrow there is going to be a rumor that I’m dating my doorman…Then after tomorrow, it’s going to be someone else. Look, there’s always something there, and I’m just keeping it to myself.”

Irina and Kanye were spotted together during a Parisian holiday in June in celebration of the rapper’s 44th birthday.

The pair reportedly met in 2010 on the set of Kanye’s music video for the track Power.

KANYE ALLEGEDLY CHEATED ON KIM WITH ANOTHER CELEB

Meanwhile, it’s been reported that Kanye West cheated on wife Kim Kardashian with another A-lister.

The Sun reports that the Donda hitmaker allegedly strayed after his wife of seven years gave birth to their second child, son Saint in 2015.

A source told the publication: “Kanye cheated on Kim with an A-list singer. At the time it happened, Kanye was mainly living in his bachelor pad in Hollywood because it was closer to his studio and he wasn’t going to go home to Kim and newborn baby when he’d been partying late in the studio.”

Kanye alludes to his affair in his track Hurricane off his latest album Donda.