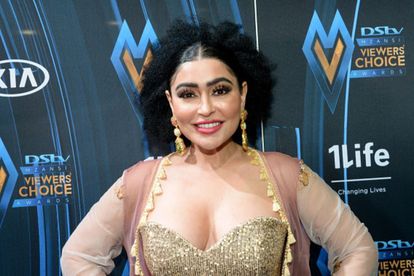 After businessman Iqbal Sharma was charged with fraud and money laundering, many social media users pointed to his wife, a previous castmate on season two of Real Housewives of Johannesburg.

Who is Tarina Patel?

It is said that Tarina Patel is no stranger to the spotlight. According to The Citizen, Patel is well known in Bollywood movies, however, lately, her name is less associated with her career but rather her to her husband Iqbal Sharma’s relations with the Guptas.

On Friday 4 June, the National Prosecuting Authority (NPA) seized more than R47 million’s worth of Gupta-linked assets – among them a luxury Sandton mansion valued at R12 million belonging to Sharma. The businessman is reportedly a key associate to the Gupta family. Their home was also featured on axed lifestyle show Top Billing.

It is believed that the couple’s feature on Top Billing is a key element to the investigation, as Patel took presenter Jonathan Lee Boyton on a tour of the house in which she identified certain valuable movable assets and furniture.

In 2021, Patel actually opened up about her husband’s connections to influential people – such as the Guptas, Fatima Meer and Mahatma Gandhi.

“First of all, let me tell you my husband is not some star-struck foreigner in India,” she said. “He comes from the biggest political family in South Africa. He is Fatima Meer’s nephew. His family was instrumental in getting Mahatma Gandhi in South Africa…his uncle and Nelson Mandela were best friends.”

How all this related to the reason for the interview (which was an alleged encounter with Saif Ali Khan at a posh restaurant in 2021) was unclear, she also stressed that Sharma had been “negotiating trade on behalf of South Africa with India for the last ten years”, and that he was a pivotal part of South Africa’s trade relations with India.

Early Life and career as an actress

Patel was reportedly born in Cape Town and raised in Durban. She appeared in Akshay Kumar’s horror-comedy Bhool Bhulaiyaa and on various magazine covers. She also made her film debut in 2006, One Night With The King alongside Omar Sharif and Peter O’Toole. She also made an appearance on Generations: The Legacy in 2015, playing Karishma Sharma, a trophy wife. One of her most notable appearances was in season 2 of Real Housewives of Johannesburg.

Patel and Sharma have been together for more than 10 years and tied the knot in 2009. The couple reportedly wed in Cape Town, in a Hindu-Muslim ceremony, attended by family, friends and celebrities, Buzz South Africa reported.