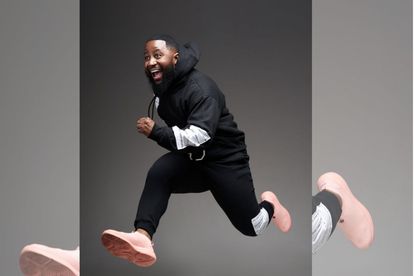 Since Cassper Nyovest released his Root of Fame 990 sneaker, tweeps have had a lot to say about the quality, style and colourways of the shoe. One bold tweep said Nyovest “hijacked” the Drip Footwear brand with his original sneaker.

ALSO READ: ‘Piano to the world, with a touch of rap’: Cassper Nyovest jets off to Ghana

A tweep took to Twitter to share that they feel Cassper Nyovest “hijacked” the Drip Footwear brand and said the sneaker quality is “an insult to the consumer”.

“We must stop sugar-coating, black businesses must sell quality and not back mail us with ‘black owned’ term”, the tweep wrote.

The tweep also shared an image of Nyovest’s original sneaker with Drip Footwear.

Tweeps had a few opinions about Cassper’s Root of Fame 990 sneaker after the tweet. One tweep mentioned that the sneaker has its target market and Cassper has not forced the shoe onto anyone.

Another tweep compared Nyovest’s sneaker to Grasshopper shoes and said, “Cassper’s shoe kahle kahle is a Grasshopper that went to private school.”

One tweep insinuated that a fake shoe was being used in the image circulating around Twitter.

Prince Kaybee surprisingly came to Cassper’s defence… With a little bit of shade. The Fetch Your Life hitmaker said designing a shoe from scratch is a lot of work and then called the design of his sneaker a “Chinese existing design”.

Kaybee also seems to have nicknamed Cassper after the Sasko mascot, Sasko Sam.

“Just want to defend Sasko Sam here for once, starting and designing your own shoe from scratch is expensive, he doesn’t have the money to do that so best bet is get a Chinese existing design, put a tree and sell to Dome FillUps, commercial business principal.”