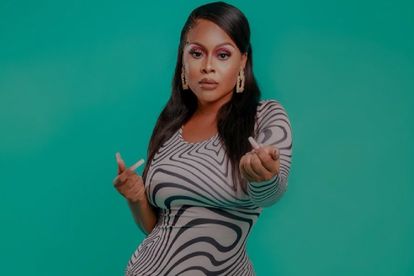 Influencer and reality TV star Inno Morolong is known to be very controversial and outspoken. This is why when she received word that there might be someone working tirelessly to rubbish her show, Diamonds and Dolls, she issued a stern warning to the troll.

Produced by Tebogo Ramokgadi, the stars of the show take viewers on their journey of plastic surgery and how they make their money. While the content is appealing and entertaining to some, others who’ve seen a few episodes of it have been very critical. But Inno is having none of that, especially when it comes to one particular troll that she did not name.

Taking to her IG stories to warn the troll, she revealed that she’s got evidence and if that person is persists, she will expose them.

“We just got evidence that someone is lying on Twitter to rubbish our show. Girl we know who you are. We will expose you very soon. One thing about us is that we don’t play games.”

In addition she told the culprit that influencing people to hate on the show will actually bring them more views.

HOW HAS MZANSI REACTED TO ‘DIAMONDS AND DOLLS’?

As mentioned, the reactions have been a mixed bag of hate and love. According to entertainment commentator Phil Mphela, after the first week viewers were tuning in and drove the show to number 2 on the Showmax Top 20.

“Watching #diamondsanddolls on #showmax thought it was just going to be another SA “Reality Show” buy Fok I love how RAW this Production is,” a viewer tweeted.

“For a reality show i give them a 10 shem. So real and pure but as for them saying or portraying luxury and having l all that?! .. Aibo. A 2 will do. Nothing luxury there!” another Twitter user wrote.

“What was the point of this nonsense show @ShowmaxOnline,” someone else asked.

“I watched #diamondsanddolls and didn’t really enjoy it. There is a lot of things that are wrong,” she said.