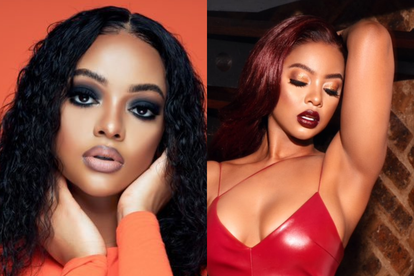 Mihlali says MacG wants to be a woman. Images via Twitter @Mihlalii_N/Twitter

Mihlali says MacG wants to be a woman. Images via Twitter @Mihlalii_N/Twitter

South African influencer Mihlali Ndamase was quickly forced to eat her words after she headed to Twitter where she joked about looting Mercedes Benz stores. Not too long after the tweet, she made the wise decision to delete it, but not before Twitter police gathered evidence.

Award-winning YouTuber and member of the Forbes 30 under 30, Mihlali Ndamase recently got a thorough dragging on Twitter after she took advantage of the madness that has taken South Africa by the neck. If you guessed that she made what could be considered a very inappropriate joke about the recent looting and rioting, you’ve guessed correctly.

In a tweet that has since been deleted, the 24-year-old decided to make reference to all the looting that has been happening in both Johannesburg and KwaZulu-Natal and wrote: “When are we looting Merc?”

Mouthy Mimi gets backlash for days

Local Twitter users were obviously not going to let Mihlali’s controversial tweet slide on their watch and were soon giving the curvy beauty a piece of their minds – and let’s just say they were not going easy on her.

“I’m surprised y’all still get shocked by what Mihlali says. Mihlali Ndamase has never been smart from day one. She stayed relevant this long because of her body. It’s her butt that is influential, not her brain,” wrote @ChrisExcel102.

“What Mihlali said instigates vandalism and looting, one of the wrongs that the President said will be punished. But because she is your fav we must turn a blind until it settles.”

Not everyone is taking Mihlali’s looting Merc tweet seriously

While many saw fit to call Mihlali out for the tweet, some tweeps were a lot more forgiving. A ton of locals quickly came to her defense in various tweets about how she is only human and allowed to make mistakes.

“Mihlali owns and drives a Merc, she was joking,” wrote another tweep.

A while ago,Hazel was trending because of her involvement in Prince Kaybee’s nudes getting leaked. The girl apparently loves the limelight because she found herself there again after calling Mihlali out for the looting Merc joke.

Tweeps were quick to point out that she is no stranger to making online mistakes and swiftly asked her to take several seats before pointing out someone else’s errors.