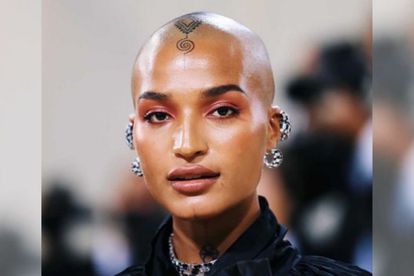 The 2021 Met Gala had everybody talking about who was the best dressed A-lister. Non-binary actor Indya Moore says this year’s Met Gala will, unfortunately, be their last and says they’re going to take time to introspect about how attending the Met Gala fits into what they want to achieve in life.

ALSO READ: Elliot Page says it all with a green carnation at Met Gala [photos]

The Pose star took to Instagram to thank editor-in-chief of Vogue Magazine Anna Wintour and Saint Laurent creative director Anthony Vaccarello for the invite to the Met Gala, but described being at this year’s event as “cognitive dissonance”.

Moore pointed out the contrast of the energy between the Black Lives Matters protesters who were outside the Met Gala and the energy on the steps of the Metropolitan Museum of Art.

The Black Lives Matter protesters were calling for the New York City Police Department to be defunded. The protesters were stationed outside the event because New York mayor Bill de Blasio was one of the attendees.

Moore’s post wrote: “I entered and left feeling confused. But before that I felt clear. Grounded. People were protesting and arrested in the name of what so many of us who attended, care deeply about. They were arrested most likely because they were perceived as a threat to those of us who were there.”

‘MILLIONS FOR A MUSEUM’

Closing the Instagram post, the 26-year-old actor wrote: “We organise millions for a museum, on stolen land that black and brown people suffer on unless white supremacy thinks they are exceptional- but for the people?”

The actor expressed their shock at being invited to the Met Gala and said they were grateful nonetheless.

“I want us to be more sincerely thoughtful around how we can take from people we do not care about.”

For the “American Independence” theme, Indya Moore was dressed by Saint Laurent and kept it simple with a short white dress and a black long cape.