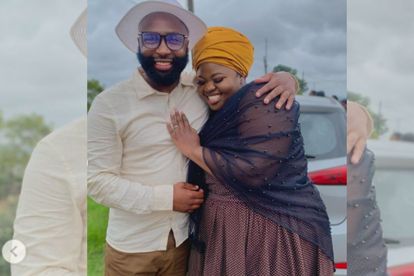 The 27-year-old announced on her social media accounts this past weekend (6 November) that her boyfriend, Zolani Vusani paid lobola for her.

‘IT’S BEEN A GREAT NINE MONTHS’

Msomi also stated that she’s been with her partner, Zolani Vusani, for nine months before he proposed marriage.

She thanked him for his words and making her his wife and the mother of his children on her post.

“It’s been a great nine months of love, respect, peace, support, and achievements.”

She told Daily Sun that her fiancé had a crush on her after he saw a video of her on Facebook in 2017.

The songstress says Zolani kept sending her messages, but she never replied to his DMs.

“He finally sent me a friend request in 2018 and we started talking.”

She realised he might be the one when they finally met in 2020 when she had a gig in Cape Town, his hometown.

The South African Music Awards nominee also told the publication that she was comfortable with him from the moment they laid eyes on each other.

“In our culture, your partner doesn’t come into the woman’s yard until they finish paying lobola.”

“I was sitting in a separate room when my uncle called me.”

“I was wondering what went wrong but it turned out, I was being surprised with a ring.”

Congratulatory messages for the singer and her fiancé have been pouring in from her fans and industry friends.