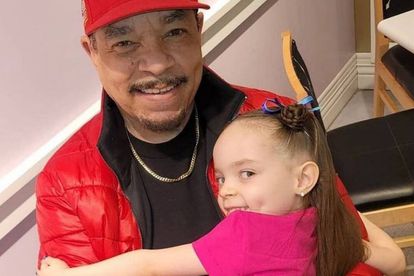 If it isn’t clear already, Ice-T and his wife Coco Austin want you to know that they do not care what you think about their unconventional parenting…

The Law & Order actor responded to criticism after his 5-year-old daughter Chanel was pictured sporting acrylic nails for her kindergarten’s photo day.

Speaking on talk show The View last week, Ice-T hit back at what the “parenting police” had to say about the image of his daughter that went viral.

The dad of three went on to state that “everybody parents differently” and “every house has its own constitution.”

“School Picture day! For the special occasion I let Chanel do mini tips to her nails”, the proud mom pictured the image.

But the look did not go down too well with the yoga instructor’s followers.

“Why she got tips but still breastfeed? Is she a baby or a young woman?,” asked one critic.

Another commented: “I’m sorry but no to tips and makeup at her age. Let her be an adorable little 5 year old.”

A PARTY FIT FOR A PRINCESS

The only child of the couple has had lavish birthday parties thrown in her honour in the past, and now Coco claims the pressure is on to top it.

She told In Touch: “I always tell people I wish I could just be one of those parents [who are] like, ‘OK, let’s go to Chuck E. Cheese’ and not worry about the hoopla with it…Since day one, she’s had such fabulous parties.

“I mean, I’m celebrating her birthday like a 16-year-old celebrates their sweet 16. I’m celebrating it like that at 2 and 3. I don’t know what the hell I’m going to do when she actually gets to 16…Maybe do a birthday in a hot air balloon or something!”.

But one thing’s for sure – it will be fit for a princess, says Coco.

“It has to be fabulous,” she added.