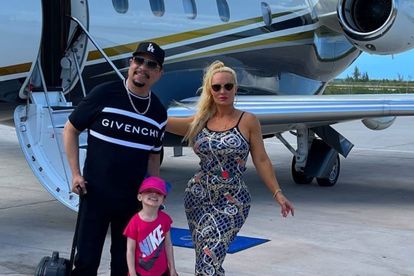 COCO ON WHY SHE STILL BREASTFEEDS

This week is World Breastfeeding Week and Coco Austin revealed why she still breastfeeds her five-year-old daughter.

“Chanel still likes my boobs,” said Austin to US Weekly.

She went on to say that nursing is “a big bonding moment for a mother and your child”, and that Chanel eats other foods too.

“Why take that away from her? … If she doesn’t want it, alright, that’s where you stop it. But I’m not just going to say no,” she added.

Last year Coco posted a picture of herself nursing Chanel to her Instagram account where she has three million followers.

“I know the moms out there will appreciate this pic! I’ve been getting a lot of props in the breastfeeding community and get tons of e-mails from woman/moms appreciating me bringing light to the subject,” said Austin.

“I will write about what it’s like to continue boob time with a 4 year old.. I get tons and tons of requests that want me to speak on it! At this point in nursing its just for comfort and believe me the girl loves meat, so its not like she isn’t eating real food,” she continued.

Social media users thought that Ice T and Coco’s child is too big to be breastfed and found it “weird”.

“News Flash! We feed Chanel FOOD… She just likes to suck moms boob every now and then… Me Too!!!,” said Ice T alongside a picture of Coco and Chanel.