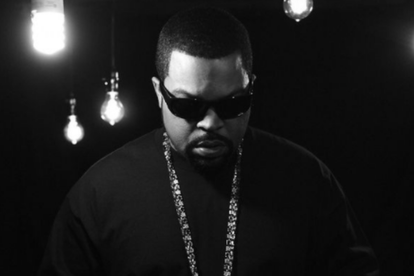 Ice Cube just turned down R144m because he refuses to get vaccinated. Image via Instagram: @icecube

Ice Cube just turned down R144m because he refuses to get vaccinated. Image via Instagram: @icecube

US rapper turned movie star Ice Cube has reportedly turned down a movie role because he refuses to get vaccinated. Ice Cube has allegedly passed on a role in Oh Hell No because the movie’s producers require the actor to be fully vaccinated before production begins.

If there’s one thing most people would never say no to, it’s the opportunity to make some really good money. It seems some Hollywood stars, however, can afford to turn down heaps of cash all in the name of their personal preferences.

According to The Hollywood Reporter, rapper and actor Ice Cube is one of those stars. The publication reports how he said no to the opportunity to star in Oh Hell No alongside Jack Black because he would be required to get a Covid-19 vaccination.

Ice Cube first agree to do the movie back in June this year. He then changed his mind about doing the movie because he was asked to get vaccinated before shooting starts.

The movie is set to be shot in Hawaii and was allegedly going to make Ice Cube $9 million (over R144 million) richer – not that this bothers him, by the looks f things.

TMZ reports that the actor does however seem to be taking the COVID pandemic seriously. He has played a role in getting face masks and other essentials to those who need them.

He also reportedly raised money for frontline healthcare workers at the beginning of the pandemic.

Meanwhile, there have been no reports yet about who will be taking on the role since Ice Cube said “Oh hell no” to getting a jab.

ALSO READ: ‘Really dumb thing to do’: Man gets COVID-19 jab TEN times in one day