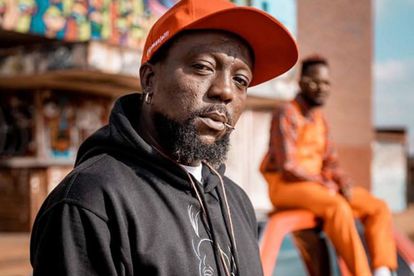 Zola 7 is back and ready for action.
Image via Facebook
Zola 7

Zola 7 is back and ready for action.
Image via Facebook
Zola 7

Days after making a comeback at a kwaito festival in his honour, Bonginkosi “Zola 7” Dlamini  Zola 7 has had to face more rumours attacking his personal life.

The star has been thrust into the spotlight after fans banded together to assist him financially. This, after revealing a lengthy battle with epilepsy.

But not long after his Strictly Kwaito Legends festival over the weekend – and going viral after pics of him consuming alcohol amid his epileptic struggles – the star is the target of new allegations.

Rumours have been doing the rounds that Zola 7 has fathered multiple children…seven to be exact.

And astonishingly, the veteran hitmaker has confessed he’s not entirely sure how many children he has.

HOW MANY CHILDREN DOES ZOLA 7 HAVE?

Speaking in a TshisaLIVE video, Zola 7 addressed rumours he has fathered more than half a dozen kids.

“I only have two boys,” he said. But the rapper added in a disclaimer, stating that there could be more.

Zola 7 did not reveal who the mother of his two children was.

He tweeted: “I hope that money goes to ensuring that all seven of Zola’s kids get a decent education & that he takes the steps to overcome his alcoholism, as well as cigarette addiction, so he can live to see his grandchildren flourish.”

But despite Zola’s recent revelation, Zalebs reported in 2020 that the star’s ex-wife, Sibongile Nkabinde, claimed he threw her and their three children out of his mother’s Dobsonville house. Zola 7 was married to Nkabinde for 16 years.

According to Sunday World, these include two daughters.

In 2019, Garnett Maseko told Drum magazine that she has two children with Zola 7, one of whom is a daughter. She told the publication that Zola 7 “refused” to do a paternity test after questioning his paternity.

Maseko said of her daughter: “She asked me why her father says those things and if he doesn’t want them. How do I answer my child without sounding bitter?”

Meanwhile, Zola 7 told TshisaLIVE that he has “2,000 unreleased songs”  which will generate income for his kids.

He said: “I am sitting comfortably on about 2,000 songs that have not been released that will become part of the trust fund for the children”.

But despite the financial assurance, Zola 7 still has a ton of debts to deal with.

He added: We have a s**t load of debts that need to be taken care of should something happen to me because I have epilepsy.

“My wife and I were doing legal paperwork [last week] so that our kids are safe. Nowadays it’s easier, because, unlike being signed to a record label, you can sign yourself and protect your intellectual property.”