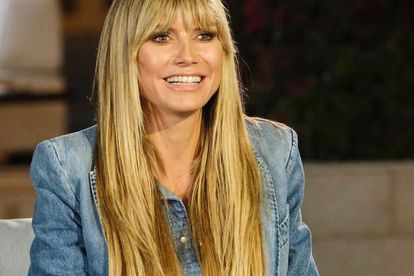 Heidi Klum goes topless while on vacation with her husband. Image via Instagram @heidiklum.

Heidi Klum goes topless while on vacation with her husband. Image via Instagram @heidiklum.

German-American model Heidi Klum posed for a topless picture while on vacation with her husband Tom Kaulitz on 29 July.

Heidi Klum posted a topless picture of herself to her Instagram where she has 8.3 million followers. In the picture, the model is seen in just a body chain and bikini bottoms, holding on to the ladder attached to the luxury boat as she appears to be on vacation. The model used her arms to cover her chest and she’s wearing the smile her husband, Tom Kaulitz gave her. This follows singer Britney Spears flooding her social media feed with topless pictures recently.

“You put the biggest smile on my face Tom ????❤️,” wrote Klum on Instagram.

ALSO READ: Jennifer Lopez and Alex Rodriguez are both on vacation in France [photos]

This is not the first time the model posed topless on her Instagram. Here are a few more pictures of the 48-year-old loving her body as she covers strategically.

A week ago, the Making The Cut star posted bikini photos while on a luxury boat in Corsica with her husband and also shared pictures of them in Italy. The couple got married in 2019 and reportedly met while she was hosting Germany’s Next Top Model. She recently said what makes her a good wife is that she shows interests in her husbands interests.

“I was never really into soccer before, but because of my husband, I like it now because I see how happy it makes him,” Klum told Fox News.

“So you have to be invested in [his likes] because otherwise, he will just always do that on his own,” she continued.

“And I feel like that’s what a good wife is… when you take part in the interests of your husband and vice versa,” she added.