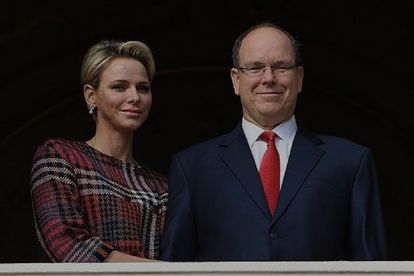 Prince Charlene of Monaco has finally broken her silence about her ill health. Image via @princess_charlene_fanpage/Instagram

Prince Charlene of Monaco has finally broken her silence about her ill health. Image via @princess_charlene_fanpage/Instagram

Princess Charlene of Monaco’s health has been of great concern in the royal palace of Monaco.

On Tuesday 24 May, the Zimbabwean-born royal who moved to South Africa at the age of two, spoke out for the first time about her health crisis, revealing that “the path has been long, difficult and very painful.” She also addressed the ongoing divorce rumours.

ALSO READ: Princess Charlene’s friends deny claims she is ‘being paid’ by husband

As per Daily Mail, 44-year-old Princess Charlene who is 20 years younger than her husband, Prince Albert, spent almost the whole of 2021 in South Africa udergoing treatment after complications brought on by multiple ENT (ear, nose and throat) surgeries.

After leaving her native South Africa in November, she celebrated being reunited with her husband and their twins, Gabriella and Jacques, on Instagram when she wrote: “Happy day today. Thank you all for keeping me strong!!”

However, in the same month, it was reported by People that she booked into a clinic in Switzerland as she was suffering from both emotional and physical exhaustion.

“She had already made her decision, and we only wanted her to confirm it in front of us. She wanted this. She already knew the best thing to do was to go and have a rest and have a real medically framed treatment,” Prince Albert was quoted by the publication as saying.

PRINCESS CHARLENE OPENS UP ABOUT HER HEALTH

Having reunited with her family once again in March 2022, the princess attended Monte-Carlo Fashion Week with her daughter 7-year-old Princess Gabriella on 24 May.

“When I returned to the Principality, I focused all my energy on my children, my husband and my health because they are my priority.

“My state of health is still fragile and I don’t want to go too fast. The road has been long, difficult and so painful. Today I feel calmer.”

IS THERE REALLY TROUBLE IN ROYAL PARADISE?

The former South African Olympic swimmer married Prince Albert in 2011 after first appearing with him at the 2006 Winter Olympics in Turin.

Since her long hiatus from the Principality, there have been rumours of a possible divorce between the royal couple.

Addressing the ongoing rumours at Monte-Carlo Fashion Week, Princess Charlene said: “You want to talk about rumours of divorce, or my new home in Switzerland?’

“I still find it regrettable that certain media peddle such rumours about my life, my relationship.

“Like everyone else, we are human beings, and like all human beings we have emotions, weaknesses, only our family is exposed to the media and the slightest weakness is relayed.”