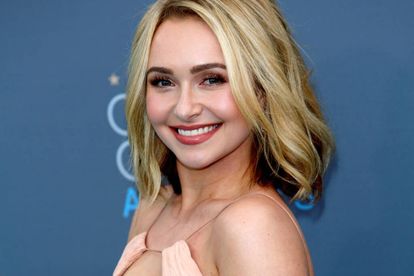 Hayden Panettiere and her ex Brian Hickerson are “working on a friendship” after his release from prison.

Hickerson was sentenced to 45 days behind bars in April for domestic violence against the Nashville star, but served less than one month.

Hayden and Hickerson spotted together

On 17 July, Panettiere and Hickerson were spotted hanging out with friends at a restaurant in West Hollywood, California, and in a statement to E! News, he clarified the nature of their relationship.

“We went to a new restaurant that is Texas-based, and being a Southern guy, I’m a big fan of country music. So yes, there was some line dancing involved,” he said. “Hayden and I are not back together but are working on a friendship.

“We have a long history together, and the first step in my recovery as an abuser is making amends. That’s exactly what Hayden has been gracious enough to allow me to do.”

A source added to the outlet, “Hayden is open to forgiving Brian and starting a new chapter, despite her loved ones’ concerns. Hayden has a huge heart and wants to see the best in everyone.”

Hickerson was arrested and charged with eight counts of felony domestic violence and assault against the Heroes star in July last year.