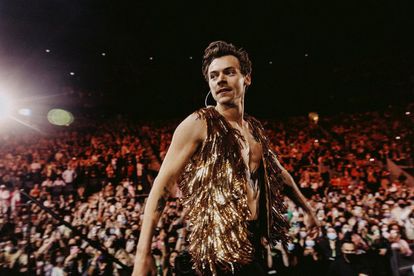 Harry Styles will be the subject of an academic course at Texas State University. Image via Twitter @Harry_Styles

Harry Styles will be the subject of an academic course at Texas State University. Image via Twitter @Harry_Styles

A Harry Styles course, titled “Harry Styles and the Cult of Celebrity: Identity, the Internet and European Pop Culture”, will be taught at Texas State University as from 2023, according to Dr Louie Dean Valencia. He announced the news via Twitter on Sunday 17 July.

He also shared the outline of the course on Twitter. It will analyse Styles in relation to sociopolitical understandings of the modern celebrity.

Additionally, the course will dissect how Styles’s rise to fame coincides with understandings of gender, race and sexuality.

Styles is no stranger to political dissection. His willingness to present himself outside of traditional bounds of gender have made him the subject of much controversy.

On his tours, his outfits are loud and flamboyant. On magazine covers, such as Vogue’s December 2019 cover, he is not afraid to wear dresses or embrace aspects of his feminine side.

Though some have pointed to his perceived gender bending as progressive, others critique Styles for adopting queer aesthetics without properly acknowledging them.

Since Styles is such a topic of conversation, the decision to make him an academic subject doesn’t seem so outlandish.

A trend in academia?

Sky News noted that this course follows an academic trend of courses designed around celebrities. Rutgers University announced a course about Beyoncé a few years ago, while the University of Missouri offers a Jay Z and Kanye West course.

Seeing as celebrity does not operate in a vacuum, having academic courses about celebrities is not a bad idea. It could help people understand more about the relationship between celebrities and society.

Regardless, the positive response to Dr Valencia’s Harry Styles course signals that these celebrity courses could become more commonplace in the future.