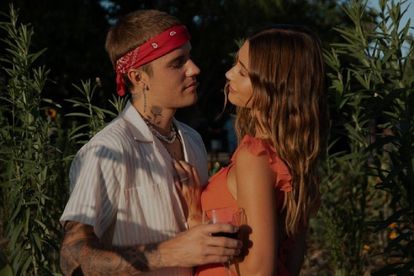 Hailey Bieber has shut down rumours she is pregnant after her Grammys appearance. Image via @haileybieber/Instagram

Hailey Bieber has shut down rumours she is pregnant after her Grammys appearance. Image via @haileybieber/Instagram

Supermodel and Justin Bieber’s wife, Hailey, has addressed claims there could be a baby Bieber in the oven. Fans speculated she may have been concealing a “baby bump” when she wore a flowing dress at the star-studded Grammy Awards held in Las Vegas on Sunday 3 April.

The 25-year-old model was with her husband on the red carpet as she wore a simplistic and elegant satin dress. Justin, 28, went for a daring and comfortable outfit. The singer rocked an oversized grey Balenciaga suit and a vibrant pink beanie paired with Crocs – something fans also had a lot to say about.

However, before the couple knew it, there was an article by Radar with the headline, ‘Fans Are Convinced Hailey Bieber Is Pregnant After She Walks Grammys Red Carpet In Flowing Gown With Husband Justin Bieber.’

Taking to her Instagram, Hailey set the record straight in the comments section of the publication’s post.

“I’m not pregnant leave me alone.”

The young couple wed in 2018 in a courthouse ceremony. They later tied the knot a second time in front of family and friends in South Carolina in September 2019. Currently, the pair is just enjoying married life.

Hailey has expressed before that she will not let societal pressure dictate when they should start having children.

The model also said that they would have babies when the time is right because it is a process.

“I think ideally in the next couple of years we would try. But there’s a reason they call it trying, right? You don’t know how long that process is ever going to take.”