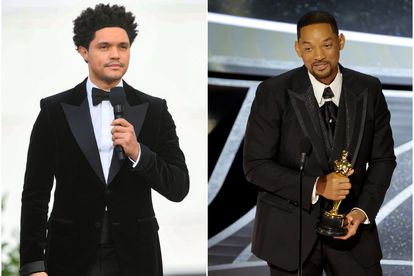 Grammys organisers have been put on high alert after last Sunday’s Oscars, in which Will Smith’s slap at host Chris Rock made headlines.

The team behind music’s biggest night is reportedly planning to put measures in place to ensure a smooth and safe event.

This year’s Grammys will take place in Las Vegas for the first time ever on Sunday 3 April at the MGM Grand Garden Arena. Trevor Noah will be hosting the awards for the second consecutive year.

Speaking to Entertainment Tonight, he said: “It makes you go, ‘Oh yeah, we’re doing a live show for three and a half hours, where anything can happen.

According to the Mirror, security will be beefed-up “in case any rogue celebs or guests might want to storm the stage”. And this includes increased protection towards host Trevor Noah.

Distractify reports that security may be positioned close to the stage to “prevent the chance of another attack”.

Grammys bosses are also ordering guests to be on their best behavior at the event.

According to the Mirror, organisers are threatening to strip guests of their awards, should another awards scandal take place.

A source told the publication: “These awards have taken months of organising after what has already been a very stop-start process. And after the Oscars, the organisers don’t want anything affecting the night. A lot saw it as a huge shame that deserving winners saw their glory overshadowed at the Oscars.

“And with the spotlight firmly on the biggest music event in the US calendar, there’s a lot riding on it being a success. So they’re just keen for artists to be respectful and tread carefully about what they say of others and how they behave generally.”