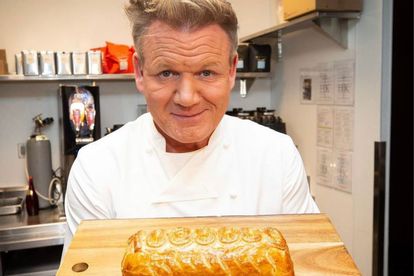 Michelin star chef Gordon Ramsey certainly knows how to stand out in a room. Chef Ramsey is known for being hardcore chef in the kitchen to his young prodigies on his cooking show Hell’s Kitchen. The chef reportedly crashed a wedding to film a portion of his new reality show in June.

GORDON RAMSEY INVITES HIMSELF TO THE WEDDING

Charlie Willis and his wife Laura were having a private ceremony on Lusty Gaze Beach in the South West of England when Gordon Ramsey crashed their special day. According to The Sun, Ramsey was filming for his new BBC show, Future Food Stars and was using the same kitchen as the couple preparing food items for the show.

Although the couple had not paid for the private use of the beach, they were upset at how their day turned out and said they felt like game show contestants on their own day.

“We had both worked so hard to save for that day and we felt like extras on a game show.”

A spokesperson for Lusty Gaze Beach said that the couple did not pay for the use of the beach so Chef Ramsey and his production team were allowed to film there.

Gordon sent a formal letter to the couple expressing his sincerest apologies. A portion of the letter read,

“I am writing to apologize for the upset that our filming caused you on your Wedding Day at Lusty Glaze beach. I am mortified that we affected your special day and I can assure you that it was never our intention to upset you or your guests.”

Gordon Ramsey was diagnosed with Arthritis in his knee earlier this year after having a terrible fall while running up a hill. The injury landed him in crutches for two weeks after having meniscus surgery.

Ramsey’s doctor told him to slow down, telling him to imagine that he was 1.5 million steps to run over the next few years. What will slowing down mean for Ramsey’s restaurants, his television shows and his knife skills?