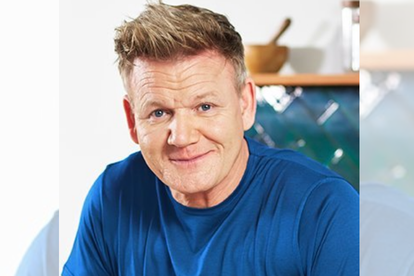 Famous chef Gordon Ramsay has built himself a reputation for telling it like it is in the rudest way possible. The mouthy chef shot to stardom with the cooking competition show Hell’s Kitchen. And it seems people still can’t get enough of his rudeness.

He has amassed 30 million followers on TikTok and he’s only just joined!

Gordon Ramsay and his rage an instant TikTok hit

Gordon Ramsay and his rude ways have resulted in many people’s tears over the years. Only the bravest of the brave dared to face him on Hell’s Kitchen where he basically insulted people’s skills. He also swore at them excessively when he wasn’t impressed.

It seems TikTokers love it because it didn’t seem to take more than a minute to decide to give Chef Ramsay a follow on the app. In a short period of time, Ramsay has managed to become the second most-followed British TikToker.

Business Insider reports that he now has more followers than the population of Australia. He also has three times as many followers as his daughter Tilly Ramsay.

Fans get to experience the madness

Ramsay uses the app to rate dishes sent to him by his fans and let’s just say, his responses to their dishes are exactly what we’ve expected it to be – rude.

“Man, what are you doing to that hotdog?!”, he screams, as molten cheese gets poured on top of a frankfurter sausage.

“You’re going to get whacked for this!” he shouts at a chicken nugget-based “Italian tragedy”.

Meanwhile, his clips appear to be shot in his kitchen by himself but professionals say we shouldn’t be so sure that there aren’t professionals behind his popular TikTok clips.

“His team has figured out how to use his sweary TV persona in very limited, marketing savvy ways,” internet expert Hussein Kesvani told Insider.