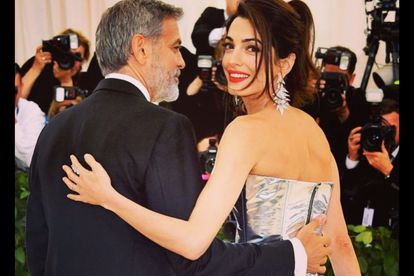 American actor George Clooney revealed that he does not want his wife Amal to watch his 1997 film Batman & Robin because she won’t respect him.

While on a junket to promote his new movie — The Tender Bar, George Clooney was yet again talking smack about his performance as Bruce Wayne in the 1997 Batman & Robin.

Amal previously revealed that her husband “won’t let her watch” Batman & Robin. He says that this is because he thinks she won’t respect him after watching.

“There are certain films I just go, ‘I want my wife to have some respect for me,” said Clooney to Variety.

He also expressed that he was concerned about the reaction of the couple’s four-year-old twins — Alexander and Ella Clooney.

“It’s bad when your 4-year-old kid goes, ‘This sucks. That could be painful,” he joked.

WHY WON’T GEORGE CLOONEY APPEAR IN ‘THE FLASH’?

When asked why he would not be appearing in the upcoming DC flick The Flash, he blamed himself for not getting the call.

“They didn’t ask me. When you destroy a franchise the way I did, usually they look the other way when ‘The Flash’ comes by,” said Clooney to Variety.

His remark is likely (again) linked to his performance in Batman & Robin which is the reason he thinks he “destroyed” the franchise. The critical and commercial failure of the film put the movie series on ice before it was revived by director Christopher Nolan in 2005 with Batman Begins. Batman Begins starred Christian Bale as a new Dark Knight.

He explained that at the time he was “just an actor getting an acting job”. He added that it “physically hurt” him to watch his “terrible” work in the film.

“The truth of the matter is, I was bad in it,” he continued as he put no blame on screenwriter Akiva Goldsman or the late director Schumacher, who passed away in June 2020.