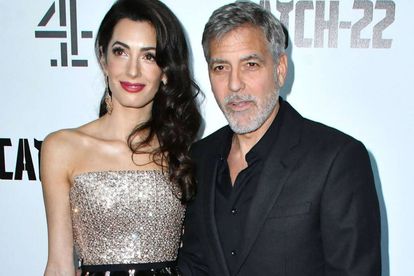 George Clooney’s wife Amal is reportedly pregnant. An insider has told US OK! magazine that the 60-year-old actor and the human rights lawyer are gearing up to welcome more children into their family.

“Amal’s said to be past her first trimester, and she’s already starting to show, so soon enough, everyone will know,” the insider told the publication, with them claiming that the couple is expecting twins again.

George and Amal, who are already parents to four-year-old twins Ella and Alexander, reportedly announced their pregnancy news to close friends at an intimate dinner party at their favourite restaurant near their villa in Lake Como, Italy, earlier this month.

“George was giddy with excitement and couldn’t wait to tell everyone,” the insider shared, adding that the news “was met with well-wishes all around. George was so proud, and Amal was glowing.”

They reportedly told Ella and Alexander on their fourth birthday in June and the children were thrilled about the news.

“Ella’s been begging for a baby sister, so they’re all hoping for at least one little girl. But, of course, they’ll be happy either way, as long as the babies are healthy,” the insider stated.

George and Amal, who have been married since 2014, have yet to comment on the speculation.