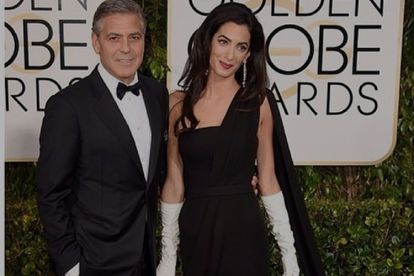 The Clooney Foundation for Justice (CFJ) recently announced the amazing news that their inaugural awards will be named after and in honour of South African activist, Albie Sachs.

The organisation, which highlights “brave justice activism”, was founded by Hollywood actor and filmmaker George Clooney and his wife Amal who is an English-Lebanese barrister.

According to the CFJ, the inaugural Albie Awards are for a unique group of people across the world whose relentless fight for justice has put their lives at risk.

The awards will seek to “shine a spotlight on the role each one of them is playing in their fight for press freedom, democracy, women’s rights, and accountability for atrocity crimes.”

Explaining their decision to name the awards after Sachs, the Clooneys noted his decorated accolades as he was revered for his heroic commitment to ending apartheid and being appointed by Nelson Mandela in 1994 to serve in the first Constitutional Court.

The foundation also announced that the South African hero will be honoured with a lifetime achievement award on 29 September when the ceremony takes place.

According to the Constitutional Court website, his career in human rights activism started at the age of seventeen, when as a second-year law student he took part in the Defiance of Unjust Laws Campaign. From the age of 21, he practised as a lawyer, defending people charged under racist statutes and repressive security laws.

In 1966 he was exiled; spent eleven years in England and another eleven years in Mozambique. In 1988 he was blown up by a bomb placed in his car in Maputo by South African security agents, losing an arm and the sight of an eye.

“He was completely undeterred by having lost his arm and lost his sight in one eye, and has basically spent his whole life fighting for justice and we just couldn’t think of anyone better than Albie to name the awards after,” Amal Clooney said about Sachs.