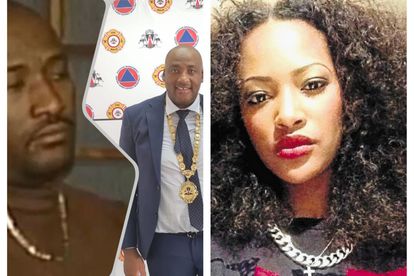 Former convicted criminals Gayton McKenzie and Kenny Kunene have vowed to assist the woman behind the death of slain Skwatta Kamp rapper Flabba.

The founding members of political party the Patriotic Alliance (PA) have pledged their support to Sindisiwe Manqele after she was granted parole last week. Manqele served six years for the death of Nkululeko Habedi aka Flabba, who she stabbed to death in 2015.

‘I WILL HELP YOU REBUILD YOUR LIFE’

He posted alongside a picture of her: “I know that stigma will become your new shadow Sindisiwe Manqele. God forgave you, the family of Flabba graciously forgave you, you served your time. It’s going to be harder to forgive yourself at times. [Kenny Kunene] and I will help you rebuild your life whenever you are ready”.

Sindisiwe has faced backlash from the public after news of her parole was made public.

However, the department of correctional services insists that Manqele – who is in the process of acquiring her LLB law degree –  is fully rehabilitated.

Spokesperson Singabakho Nxumalo told broadcaster Newzroom Afrika: “She [Sindisiwe]  was given 12 years, and she started serving her sentence in 2015. The parole board went through everything. She did participate in a victim-offender dialogue in 2018. As correctional services, we create an environment where people start to engage, find ways perhaps even for forgiveness so that we can have a safe society once a person is out there”.

Gayton McKenzie’s career from criminal to presidential campaigner has been well-documented. The Bloemfontein-born politician and motivational speaker has spoken extensively about his criminal background, which included armed robbery and being a part of the notorious “Numbers” gang.

In jail, Gayton McKenzie formed a firm friendship with Kenny Kunene – who was imprisoned for theft and fraud. The pair would be involved in a bombshell prison expose in 2002 at Grootvlei, which lead to his early release.

He tweeted of Kunene and himself: “They can call us criminals, yes we did commit crimes 3 decades ago. We went to jail, we paid for our crimes. We share our riches because we know what it is not to have, we gave 17,000 food parcels during lockdown. Salute.”

Gayton is the author of several bestseller books that details his past offences. They include The Choice: The Gayton McKenzie Story,  A Hustler’s Bible and The Uncomfortable Truth amongst many others.