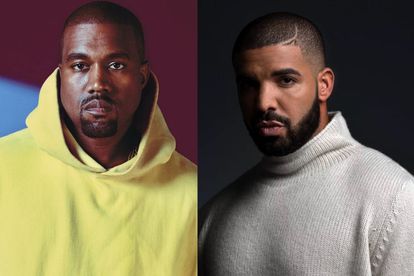 Kanye West wants to put his feud with Drake “to rest.”

The 44-year-old rapper has invited his fellow musician to perform with him next month as he opened up on his desire to help free Gangster Disciples gang co-founder Larry Hoover from prison.

In a video shared by J Prince, West said:

“I’m making this video to address the ongoing back-and-forth between myself and Drake. Both me and Drake have taken shots at each other and it’s time to put it to rest.”

“I’m asking Drake on December 7 to join me on stage as a special guest to share the two biggest albums of the year live in Los Angeles with the ultimate purpose being to free Larry Hoover.”

“I believe this event will not only bring awareness to our cause but prove to people everywhere how much more we can accomplish when we lay our pride to the side and come together.”

Sharing the video on Instagram, J Prince revealed he and Ye met at the Rothko Chapel and said Hoover wanted “peace” between Kanye and Drake.

“I met with Ye to pass on the message from my brother Larry Hoover who said he would like to see peace between the two of them. Ye received this well and said thanks because he never had anyone that sat him down and explained things to him the way I did,” he wrote.

“I’m looking forward to all of us working together in unison to elevate our communities around the world.”

Kanye and Drake have been embroiled in a feud for years, and things intensified earlier this year when West dropped Donda and the latter released Certified Lover Boy.

Reflecting on their rivalry, the Canadian star previously said:

“I could never ever ever ever turn my back on the things that I’ve said about him in a positive light, and I still feel all those same things. He’s still my, obviously with the exception of Lil Wayne … and if I look at Hov as the guy who truly shaped the majority of my thinking, skill set, all those things, Kanye West would be my favorite artist all around.”

“And that’s just facts. I have no problem saying that. Things have changed. I’m not just some kid that’s a fan anymore. Now we have personal situations, and like I said, a lot of his issues with me, I can’t fix them for him.”