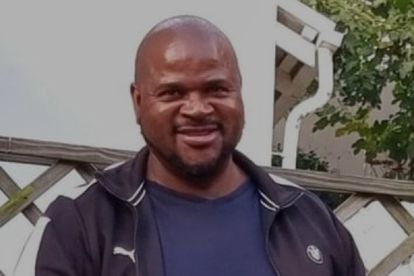 A fraud case has reportedly been opened against Thobela FM presenter and ‘Skeem Saam’ actor Sebasa Mogale. Image via @sebasamogale/Instagram

A fraud case has reportedly been opened against Thobela FM presenter and ‘Skeem Saam’ actor Sebasa Mogale. Image via @sebasamogale/Instagram

Sello Bonoko, the man who accused Skeem Saam actor Sebasa Mogale of defrauding him of more than R200 000 in September 2020, has reportedly opened a case against the media personality.

According to Daily Sun, a fraud case was opened against the actor on Saturday 21 May. The news come after the South African Broadcasting Corporation (SABC) confirmed that Mogale was pulled off his Thobela FM afternoon drive show, Ntshirogelo, on Friday 20 May.

Bonoko is said to have opened a case of fraud at the Polokwane Police Station after he was allegedly scammed of R235 000 by Mogale.

“I want my money back. paid R235 000 to Sebasa’s bitcoin company and he promised me R50 000 a month return. This was in September 2020, but never received any money. I didn’t know he was running a scam. He assured me his business was legit,” he explained to Daily Sun.

According to Bonoko, Mogale advertised his bitcoin company on his radio show which convinced him it was legit. Upon arriving at the actor’s business office, 20 people were attending an investment workshop.

“I only managed to open a criminal case on Saturday (21 May). I hope the police can thoroughly investigate and arrest the culprit,” he said.

Upon reports of the fraud allegations levelled against him, Mogale took to his Instagram on 20 May to release a statement.

The actor claimed to not own a cryptocurrency business, saying that he is merely a network marketer.

“I am a drive time radio show host, actor, MC and businessman who recently became a Network Marketer (with regards to the cryptocurrency business) having been introduced by others.

“I never imposed or coerced anyone to sign-up. In fact, I would encourage everyone to do their own research, especially because I know that not everyone is familiar with the cryptocurrency industry,” he explain.

In his statement, Mogale further explained that everyone who has invested has access to their accounts.

In addition he addressed the Cart Blance epoisode which aired on May 15 about the allegations.

“During March of 2022, I received an email from Carte Blanche, with a query about the false allegations made against me. I responded to the email with all the details and clarifications stated in this statement and more. However, due to reasons better known to them, Carte Blanche chose not to share my entire response during their broadcast of Sunday May the 15 2022.”

Read the full statement below:

In a statement, SABC Group executive corporate affairs and marketing, Gugu Ntuli said Mogale is being affored the opportunity to resolve his personal business dealings.

“Thobela FM has taken a decision to unschedule Sebasa Mogale, (Ntshirogele) Afternoon Drive presenter, following the Carte Blanche expose’. Mr. Mogale is being afforded an opportunity to resolve the issues raised in the recent broadcast which pertain to his personal business dealings involving crypto currency.

“In the meantime, Mankoko Baby will be hosting Ntshirogele with Skhumbuzo Mbatha. The station takes the welfare of its vulnerable listeners seriously and will leave no stone unturned in its investigation of this matter.”