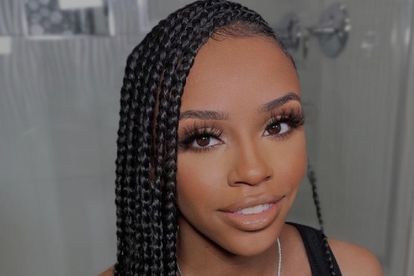 Iyanna “Yaya” Mayweather, who is the daughter of boxer Floyd Mayweather, has pleaded guilty to a stabbing incident that took place in 2020.

The 21-year-old admitted in a Houston court on April 13 to “unlawfully, intentionally and unknowingly” causing injury “with a knife” to Lapattra Lashai Jacobs who is the baby mama of American rapper YoungBoy Never Broke Again also known as NBA YoungBoy – NBC reports.

ALSO READ: ‘There’s no drama between us’: AKA & Nadia Nakai clear air on relationship

According to E! News, Mayweather entered the guilty plea during an in-person appearance at Texas’ Harris County Court on April 13. She is facing six years of probation, which may include community service. In addition, it is reported that she waived her right to an appeal and will be sentenced on June 16.

Speaking about the guilty plea, Mayweather’s lawyer said a deal was reached in which her conviction will be vacated after she completes her probation. Her probation could also be lifted early for good behaviour.

“We resolved the case by entering into an agreement with the state whereby Iyanna will not go to prison or have a felony conviction if she stays out of trouble for the next six years. At the two-year mark, she can apply for early termination of that agreement, assuming that she has met all conditions of the court,” said Kent A. Schaffer.

However, according to Schaffer, Mayweather has no “meaningful assets, so any judgment against her would be uncollectible,” therefore they are not concerned about the lawsuit.

He further said NBA Youngboy was more at fault than Mayweather, despite NBA Youngboy’s formal denial of responsibility.

“Unbeknownst to Mayweather, NBA Youngboy was hiding Ms Jacobs in an upstairs bedroom for a few days, and when Ms Jacobs came downstairs and saw Iyanna, she viciously attacked her, and Iyanna defended herself. The worst part is that NBA Youngboy and his bodyguards could have intervened and kept the problem from occurring. However, they chose to watch and laugh as Iyanna was beaten by Ms. Jacobs,” he explained.