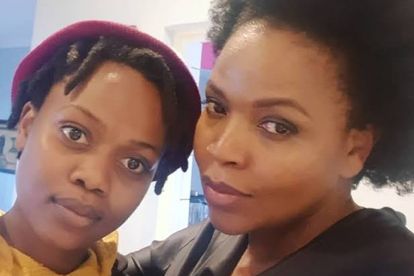 Actress Florence Masebe is proud of her daughter Monthati who bagged a Generations: The Legacy role. Image via @flomasebe/Instagram

Actress Florence Masebe is proud of her daughter Monthati who bagged a Generations: The Legacy role. Image via @flomasebe/Instagram

The phrase “the apple does not fall far from the tree” is true of The Republic actress Florence Masebe and her daughter Monthati Masebe. The 26-year-old is has followed in her mother’s footsteps in the acting industry after making her debut on Genereations: The Legacy, a soap opera that her mother used to be a part of many years ago before it changed its name.

ALSO READ: ‘The Republic’ triggers Mzansi with the riots and looting episode [watch]

Monthati Masebe is a musician, pianist and composer. She is also a Bachelor of Music graduate at the University of Witswatersrand.

According to SAMRO, the talented artist has done jingle and voice over work, art installation pieces – and has composed works for chamber orchestra, electronic and prepared piano, string quartet. A few years ago she commissioned for the Stockholm Saxophone Quartet, which is inspired by Tshikona pipe ensembles (reed pipe ensemble from one of the smaller South African tribes-Venda).

Now, as an actress, she will be playing the role of Zikhona on the second most-watched show in the country.

ALSO READ: Is Sphe the Brooke Logan of ‘Generations: The Legacy’ or unlucky in love?

The veteran actress, who is known for her roles in Muvhango, Ring of Lies and Soul City, took to Twitter on Monday night to reply to a tweet by her daughter who was super excited for her debut on the SABC 1 soapie.

When Monthati wrote, “Excited for my first Tx on @Gen_legacy tonight!” her mother replied, “I am so proud of you”.

Florence also shared her “fan mom” moment on Instagram in February, telling her she is excited for her new chapter.

” My greatest blessing in life is watching my children’s dreams unfold. I am a fan mom. Happy for your next chapter.”

“YOU ARE EVERYTHING,” Khabonina wrote.