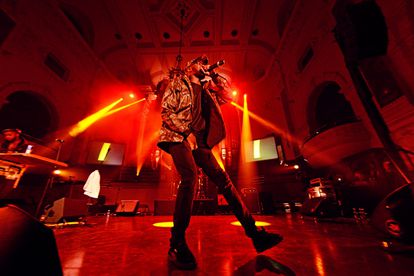 American producer, Fat Joe paid homage to Riky Rick at the 2022 BET Music Awards, highlighting his mental health plight and that of other sufferers. Image: Jono Ferreira/Lexar via Flickr

American producer, Fat Joe paid homage to Riky Rick at the 2022 BET Music Awards, highlighting his mental health plight and that of other sufferers. Image: Jono Ferreira/Lexar via Flickr

Hip-Hop producer, Fat Joe has reportedly highlighted the mental health plight of late rapper Riky Rick in February 2022. He has also expressed condolences to his friends, fans and family for his passing.

This is according to a report by TshisaLIVE, a week after the late rapper was awarded the inaugural Global Visionary Award at the 2022 BET Hip Hop Awards.

“First of all, I want to say ‘rest in peace’ to Rik,“ said Fat Joe, who was hosting the ceremony in Atlanta, Georgia on 30 September 2022.

Referring to how Riky Rick died, Fat Joe said mental health issues were not talked about enough. He said for someone to commit suicide they have to be in a “really dark place” the publication reports.

The KwaZulu-Natal born musician’s was found dead in his studio in February 2022 with his death being ruled a suicide thereafter.

The tragedy came after a long battle of substance abuse and mental health problems. He was open to his fans about his struggles. Speaking to TshisaLIVE, Fat Joe called on society to be more open and seek help in times of ill mental health.

The Boss Zonke rapper joins a long list of male South African musicians who have died from suicide. Several local musician’s deaths have been linked to suicide and mental health such as kwaito musician Gunman and rapper, HHP. This trend among male musicians dates all the way back to dates the death of kwaito star Makhendlas who shot himself in 1998.