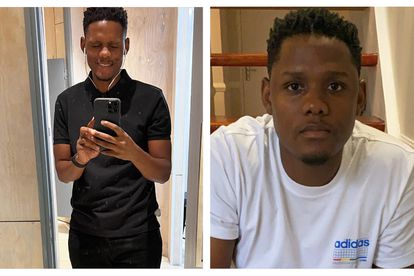 Weeks after hinting that all was not well, Samthing Soweto has confessed to struggling with depression.

The singer – who has been trolled on social media over his drastic weight loss – made the admission in a tweet on Saturday 17 June.

After keeling a relatively low profile on social media, Samthing Soweto surprised his fans and followers with a tweet that read: “I’m sorry for the silence. I thought I was wack but today I only discovered how dope I am. #depression”

Samthing Soweto’s acknowledgment of his mental health struggles comes a month after he claimed he was “not ok”.

This, after he was forced to admit that his weight loss was not a sign of serious health issues.

He said in a Facebook video in May: “I’m not dying. I’m not sick, I just changed my lifestyle”.

He then added: “I am going through a lot. I might not talk about it, because it’s personal. Whatever I’m going through, it’s what most of us go through”.

Earlier this year, Samthing Soweto posted a video online In February reacting to the death of Riky Rick.

Looking forlorn, the Akulaleki hitmaker said to his fans: “Life is tough, let’s try and take care of each other, as much as we can. It’s not easy. Take care of your family, life is really tough, it’s really tough.”

Following Samthing Soweto’s tweets, fans on the social media platform assured him of their love and support.

@abutiKatiso: “Samkelo… I’m gonna need you to remember that, you are Samthing Soweto. You are. No one else”

@LessyJantjie: “You are SAMTHING SOWETO, the best vocalist to ever emerge from South Africa, a trendsetter, hitmaker.. whack is not in your vocab”